Writing means a lot of things to a lot of people, but to some authors, writing is not just reserved for books. Many authors have written for the screen after publishing books. We’ve put together the most surprising authors who not only wrote for Hollywood, but who also weren’t adapting their own work! 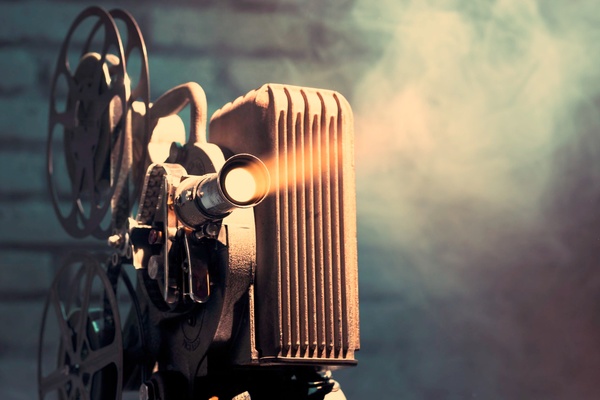 6. Where The Wild Things Are

Where The Wild Things Are is an important children’s book for many reasons. Its enduring story has horrified and inspired children for decades with its wild imagery and rough theme. In 2009, Spike Jonze and Dave Eggars (A Heartbreaking Work Of Staggering Genius) adapted this classic for the big screen. The results were magical, integrating Eggars’ words to Jonze’s wild aesthetic.

Moby Dick was a commercial failure during Herman Melville’s lifetime but has since turned into one of the great American novels. And what is more American than turning a book into a movie? In 1956, this high-seas classic was turned into a motion picture, the script for which was written by Ray Bradbury! It starred Gregory Peck who was also in the film version of To Kill A Mockingbird, making this film a literary trivia trove.

In the new age of superhero flicks, it’s interesting to see their relationship to the literary world. Graphic novels such as The Watchmen and Maus are award winners, whereas franchises like Spiderman are simply great story telling. Michael Chabon helped write the 2004 sequel, Spiderman 2, but he is credited with four other authors. The jury is still out on his level of contribution to the final script, and McSweeney’s has just released part of Chabon’s proposed script so you can be the judge.

Keeping with superheroes, Superman: The Movie (1978) also has an interesting author behind the scenes. Mario Puzo, author of the The Godfather (which the Oscar winning film trilogy was based on) contributed to writing the story of Superman. Although he was one of four (maybe five) other writers to contribute, his influence is there fueled by earth’s sun.

2. You Only Live Twice

Roald Dahl is known for his children’s books, in particular Charlie and the Chocolate Factory, which was a huge success in the box office when it hit the big screen in 1971. But Dahl also wrote the screenplay for You Only Live Twice (1967), a James Bond movie based on an original Ian Fleming novel. This cold war thriller is full of excitement, but alas, no Gobstoppers.

The “film noir” genre is often populated by big-city gumshoes and private eyes who investigate dark crimes in even darker alleyways. Raymond Chandler’s series of stories about the fictional Philip Marlowe was a big part of the noir movement of the 40s. His novel, The Big Sleep, contains one of Marlowe’s first appearances and was turned into a movie in 1946 starring Humphrey Bogart and Lauren Bacall. William Faulkner co-wrote the screenplay during his time in Hollywood and the film is still an important part of the noir genre today.

With all of the screenplays that are being written every day, we think the world could use some more from great contemporary authors. If every movie had a novelist behind it, the film world would be a better place for book lovers.

What is your favorite movie adaptation?