Want to get inside your favorite authorís head? Visit his old stomping grounds.

Itís no secret. Writers have long desired aesthetically pleasing abodes, knowing that inspiration often springs forth from oneís surroundings. Naturally, what makes for the ideal writing backdrop is entirely subjective. While a simple, sparsely furnished cottage tucked away in the woods provides a haven for one author, another might rent a city apartment, at home among the chaos of blaring horns and billboards.

Or perhaps the writer had no choice in the matter. An authorís childhood surroundings often return on the pages of his adult works. Money-strapped authors have spun tales out of cheap rented rooms. The specifics vary, but the fact remains: beloved authorsí former residences stir up the imagination. For devoted readers and aspiring writers, touring these homes is a glimpse into what shaped these authorsí worlds, and ultimately their words.

Below, take a virtual peek into a few famous American authorsí old haunts. This week the Writers Circle is traveling to the East Coast. Keep an eye out for the next edition in our Writing Habitats series, where weíll cross the U.S. to highlight more authorsí homes. In the meantime, check out WritersHouses.com for a complete library of virtual tours! 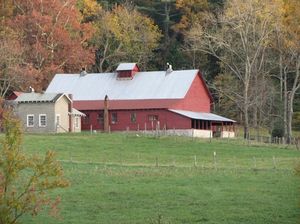 Set on 245 acres in the countryside, this iconic American poet and folk singerís estate contains more than 50 buildings, hiking trails, and a goat barn. ìThe Poet of the People,î Sandburg drew inspiration for his works from ordinary American people and varied landscapes. He crafted a pre-Civil War-era estate into a working farm, or what he liked to call ìa small village.î The walls of the main house are covered almost entirely in bookshelves. 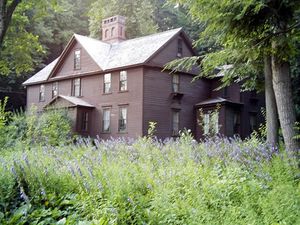 It was in this house, after moving 22 times in 30 years, that the Alcott family finally put down roots. Louisa May Alcott spent her childhood here, and these idyllic surroundings were immortalized in Little Women. Alcott brought to life the March family home by describing her own familyís Orchard House. It was here that she penned her classic from a ìshelf deskî built especially for her by her father Amos. 80% of the furnishings in the present-day house are original pieces from the Alcott home. 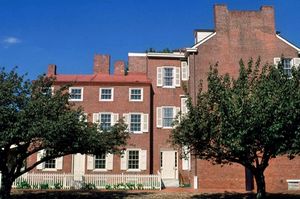 Poe only spent one year of his life in this modest redbrick home, but it was one of his most productive periods.† Of the several residences the poet took up in Philadelphia, only this home survives. The three-story property and cellar are devoid of furniture, likely because Poe sold the family belongings to fund his familyís move to New York. The barren rooms summon to mind images of the impoverished Poe, struggling with his wifeís illness and penning dark lines of poetry. Poe wrote The Black Cat while residing here, and the poemís basement bears an uncanny resemblance to the one in this home. 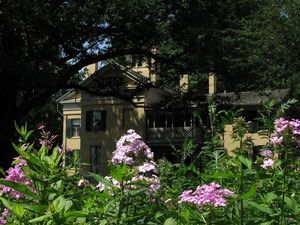 Visit the birthplace and home of reclusive poet Emily Dickinson at the Emily Dickinson Museum. The property is composed of two buildings: The Homestead (Dickinsonís house) and The Evergreens (her brotherís residence next-door). A well-tended garden path linked the two homes. Dickinsonís works were colored by a deep admiration for natureís wonders, and she cultivated exotic plants in The Homesteadís conservatory. The stately home and its surrounding flowerbeds composed Dickinsonís entire world for all but 15 years of her life.†