When reading old texts it can be hard to wade through the different meanings, the odd spellings, and the foreign grammar that preceded our modern tongue. English is a language that grew from German and in the 14th century this was quite apparent in how people spoke. Scholars of medieval studies are well-versed in such things, but most of us have no idea how to read or speak in medieval English. Well, now there is an app that let’s you hear Chaucer’s The Canterbury Tales read aloud in the language of the day. 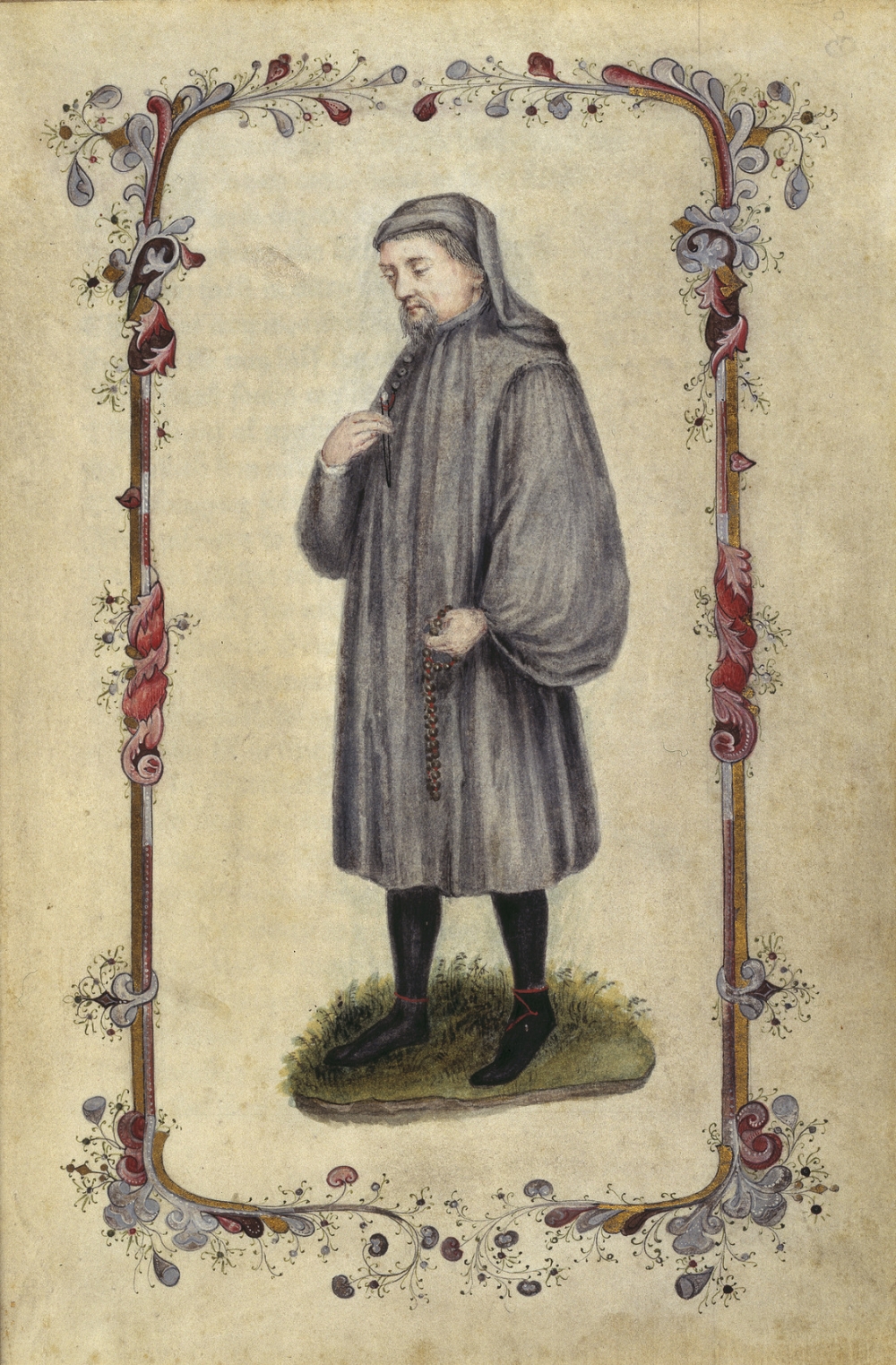 Geoffrey Chaucer as depicted in a 1478 manuscript of The Canterbury Tales. Chaucer died in 1400. Via/ Wiki Commons

The book manuscript, written by Geoffrey Chaucer towards the end of his life, is largely thought to be unfinished. Over the centuries dozens of interpretations of his final work have been published. However, being a collection of short stories, the individual tales themselves stand on their own. It has been said that Chaucer intended to have each character tell 4 stories.

What we do know is that the stories were written in Middle English, a language in use from roughly 1150 to 1500. This style of English was influenced not only by the German language, but also Norman French and by Old Norse spoken by the Vikings who conquered parts of the British Isles. 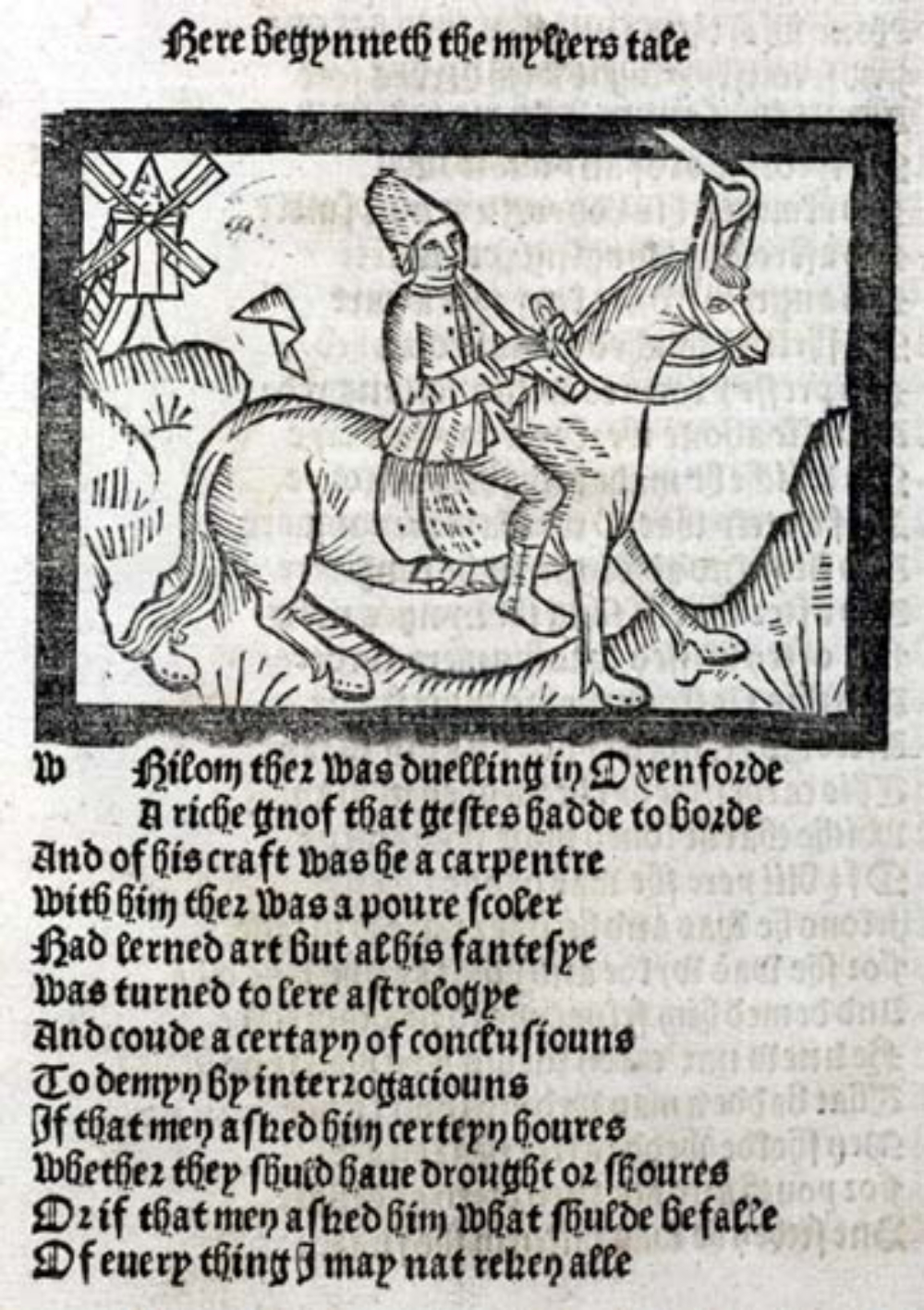 Page from a 1492 edition of The Canterbury Tales. Via/ Wiki Commons

The app for listening to The Canterbury Tales, called General Prologue, named after the opening section of the original manuscript, was developed at the University of Saskatchewan. The project was led by one their English teachers, Peter Robinson. In a press release Robinson said, “We want the public, not just academics, to see the manuscript as Chaucer would have likely thought of it–as a performance that mixed drama and humor.”

This makes a lot of sense when you consider that the 24 stories in the book are being told as part of a contest to see who has the best tale of all the pilgrims traveling from London to Canterbury. Had this scenario played out in real life, the storytellers would have been boisterous, articulate, funny, and maybe even a bit shocking at times.

With the Middle English accent and the heartfelt pronunciation on the app, it reminds one a bit of the Swedish Chef from The Muppets, something that we can’t help but think would have pleased a famous contributor to the project, Terry Jones. A founding member of Monty Python who served as both actor and writer, Jones was also a scholar in medieval texts- although most people have no idea that he was so multi-talented! How fitting that something he worked on should be released so soon after his death. The General Prologue app was released on February 1st, 2020, on what would have been Jones’ 78th birthday and only 11 days after he passed away. 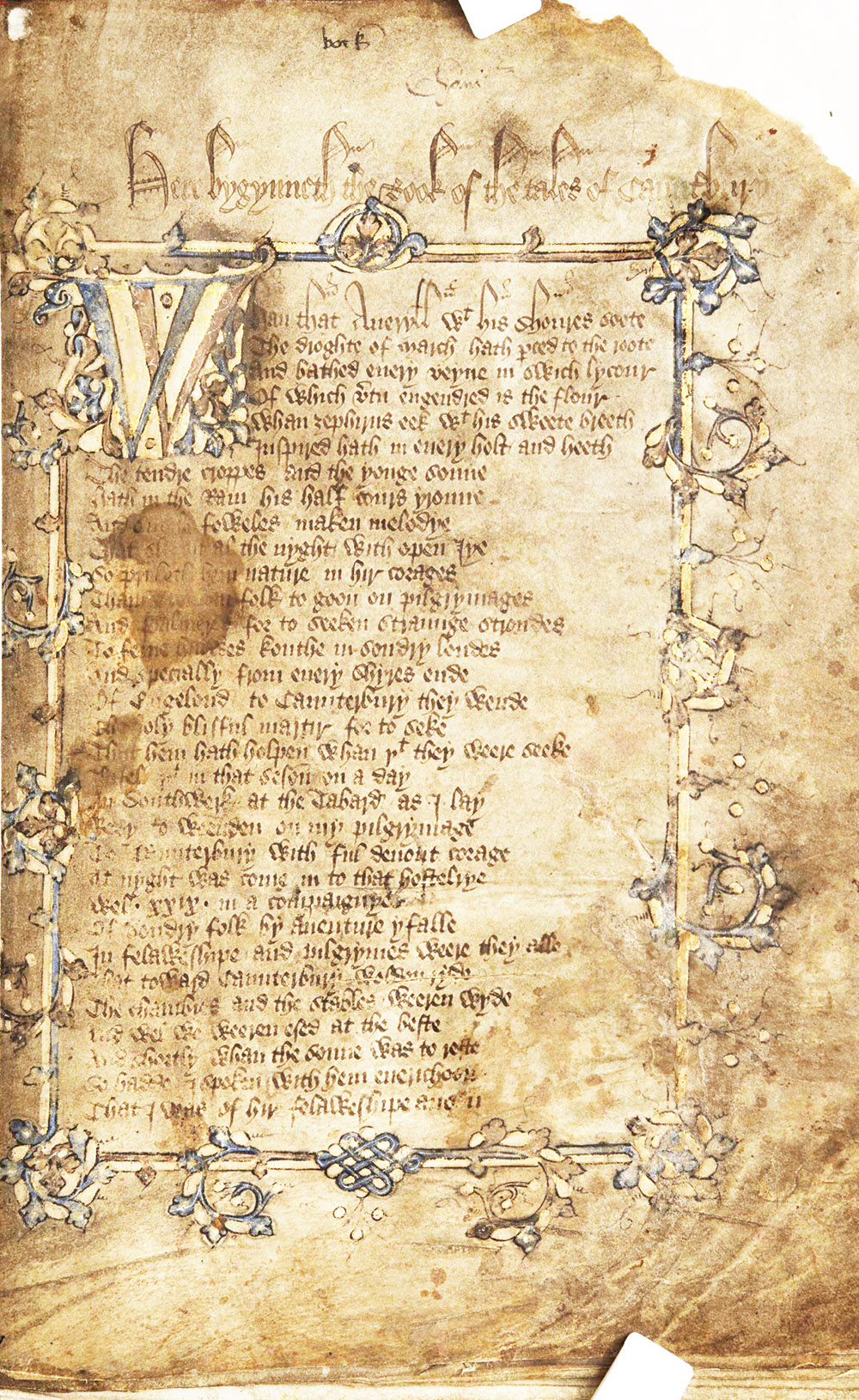 A page from the Hengwrt Chaucer. Via/ National Library of Wales

This translation is the first of 3 that have been planned. In addition to hearing the General Prologue, later apps from the same project will allow listeners to hear The Miller’s Tale, among other sections of the book.

The words were taken from the “Hengwrt Chaucer”, a manuscript believed to have been created before Chaucer’s death by a scribe in his employ, Adam Pinkhurst. The tome is held at the The National Library of Wales, Aberystwyth, Wales, UK.

The illustrations in this book are so complex and elegant, although you can imagine that after more than 600 years, the paper has changed color and the hues of the illustrations have lost a bit of their saturation. Using the app you can see the “General Prologue” in all it’s medieval glory, traced line-by-line as the app reads aloud for you. 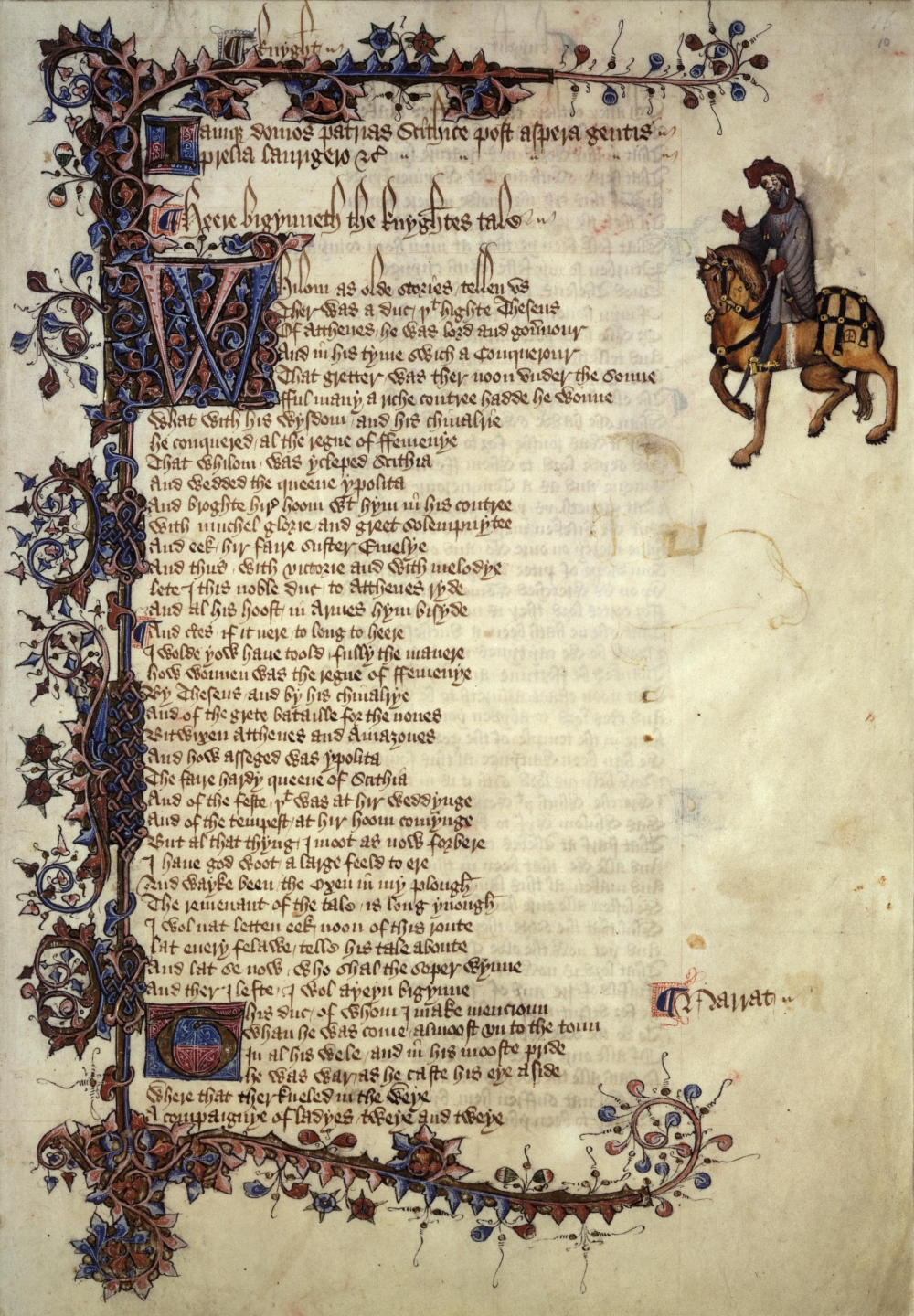 Page from the richly-colored Ellesmere Manuscript of The Canterbury Tales depicting the Knight. Via/ Wiki Commons

You can download the General Prologue app on your Android or iPhone or peruse the desktop version to hear The Canterbury Tales spoken in in true Middle English and view the elegant (if tattered) original medieval manuscript.