Harriet Beecher Stowe wrote the most popular book of the 19th century as a protest against slavery. “Uncle Tom’s Cabin,” which reads as overwritten and saccharine to modern readers, lit a fire under the growing abolition movement in the United States, forged a group political identity that would eventually vault Abraham Lincoln to the White House, and set the stage for the cataclysm that followed.

If you enjoy reading in English, thank Geoffrey Chaucer. Before “Canterbury Tales,” which is structured as a hilarious litany of personal anecdotes, told by a delightful cast of eccentrics who enjoy making fart jokes, English was the degraded language of peasants. It was an article of faith that true gentlemen always spoke French. Chaucer turned convention on its ear, crafted a great work of comic verse, and founded the great tradition of English literature. 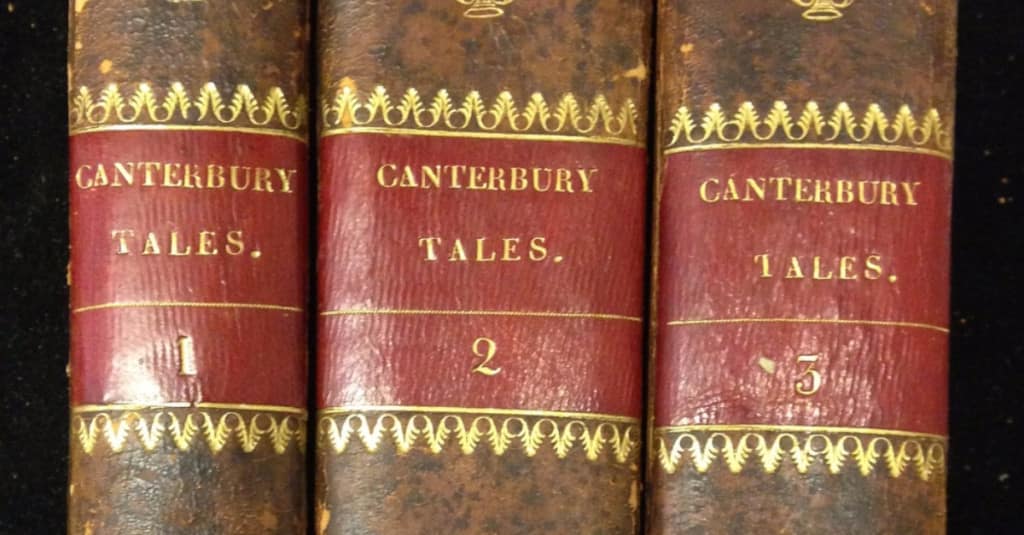 3. Civil Disobedience and Other Essays

Thoreau used “Civil Disobedience” to record his thoughts on how to change the world around him. His works were explicitly cited as the inspiration for the civil rights movement that sprang up a century after the book was written, and Martin Luther King Jr. consciously emulated Thoreau as much as possible, right down to fasting when he was arrested.

St. Augustine of Hippo wrote “The City of God” in the fifth century to answer the accusation that Christianity had been to blame for the fall of Rome. This book does that in the first few sections, then it goes on to practically invent Western thought. This book is the first known work to divide the world between the sacred and the profane. It also systematizes the concepts of original sin, the fall from grace, redemption, the just war, conscientious objection and the idea of moral perfection.

Jean-Jacques Rousseau changed the way people thought about society with “The Social Contract.” Nothing in this book is really new, as the ideas in it were floating around among European intellectuals of the time, but Rousseau brought them together and explicitly proposed that governments are instituted among men to accomplish limited aims, chiefly to protect the liberty of citizens. This is also the book that argued that free men have a duty to overthrow wicked governments and replace them with more representative institutions. If the notion of government being nothing more than a utility, one that is subordinate to the liberty of the citizen, sounds familiar to you, it’s probably because Rousseau was practically quoted line and verse by the American and French revolutionaries, and his ideas are the formal theory of the modern state.

Lists of influential books are bound to differ from one person to another. These 10 have shifted the way people think, act and organize societies.

Follow The Literacy Site to cultivate your own list of influential books and to receive regular updates by email!