If you’re struggling to get your next book club book read or even to find the motivation to join a book club to begin with, we’ve got a little extra motivation for you. What if it was possible to meet your favorite author at book club? Would you be more likely to go? And actually read the book?

The small book club on the island of Orkney off the coast of Scotland thought it was fun that famed “Harry Potter” author J.K. Rowling was tweeting back and forth with their library assistant, Stewart Bain, about the club. But they were stunned beyond belief when Rowling actually accepted Bain’s lighthearted invitation and showed up to the club’s meeting… 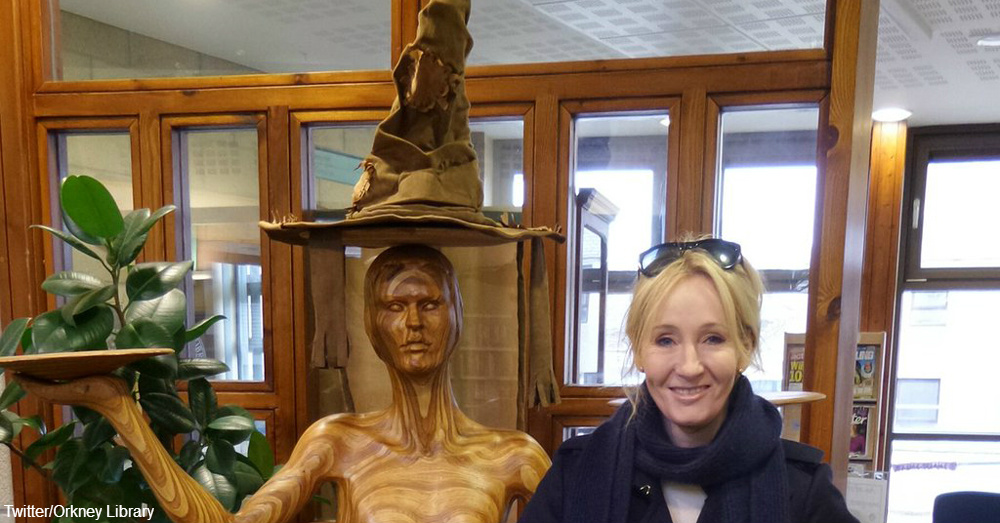 The “Saturday Slaughters” book club was scheduled to discuss “The Cuckoo’s Calling,” one of Rowling’s crime thrillers that she published under the pen name Robert Galbraith.

Bain had invited Rowling to the group’s meeting after Rowling noticed an announcement about it on Twitter. The two bantered back and forth about what kind of cake would most tempt Rowling to attend the gathering (the answer was “lemon drizzle”), and Rowling mentioned that, due to inclement weather, she might have to “apparate” there, referring to the magical form of transportation used by wizards in her “Harry Potter” books. 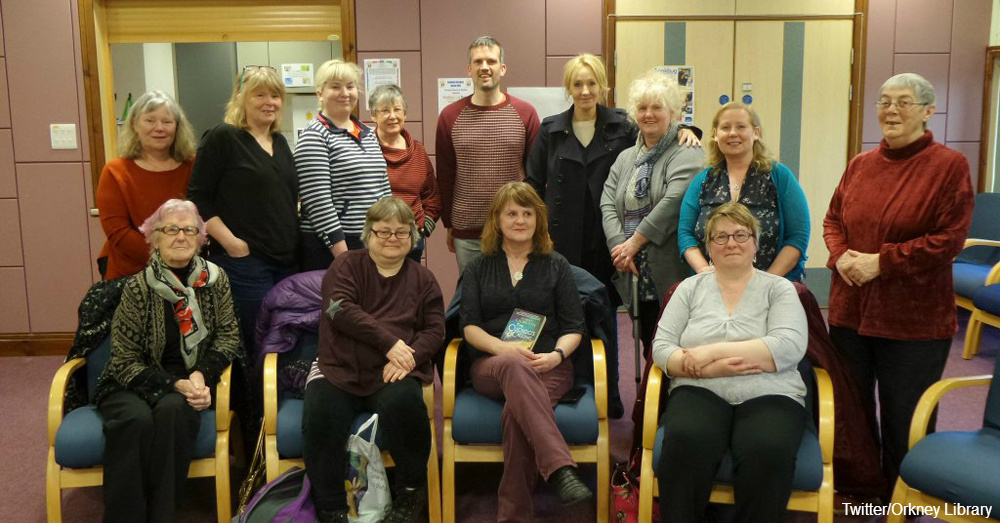 Despite all the banter, Bain was surprised when Rowling actually showed up with some family members, having traveled 150 miles from her home in Edinburgh, Scotland. Bain showed her around the Orkney Library, which won the award of U.K. Library of the Year in 2015. As Rowling sat down to join the book club, the 15 or so members were stunned into silence.

Rowling answered the book club members’ questions about “The Cuckoo’s Calling,” and brought a Sorting Hat, an artifact from the Harry Potter series, to the library. She later tweeted about what a good time she had.

That’s not all J.K. Rowling has been up to…