Staffers at the University of Dayton’s Roesch Library received a seemingly normal package in the mail in February 2016. It was a book entitled History of the Crusades along with a short note explaining why the loaned book was returned. James Phillips, the person who checked out the book, last saw the volume in 1967. He found the book entirely by accident, and he wanted to return it to where it belonged. Instead of getting angry and assessing a fine, the library forgave Phillips because he had a very good reason for not giving back the university’s property. 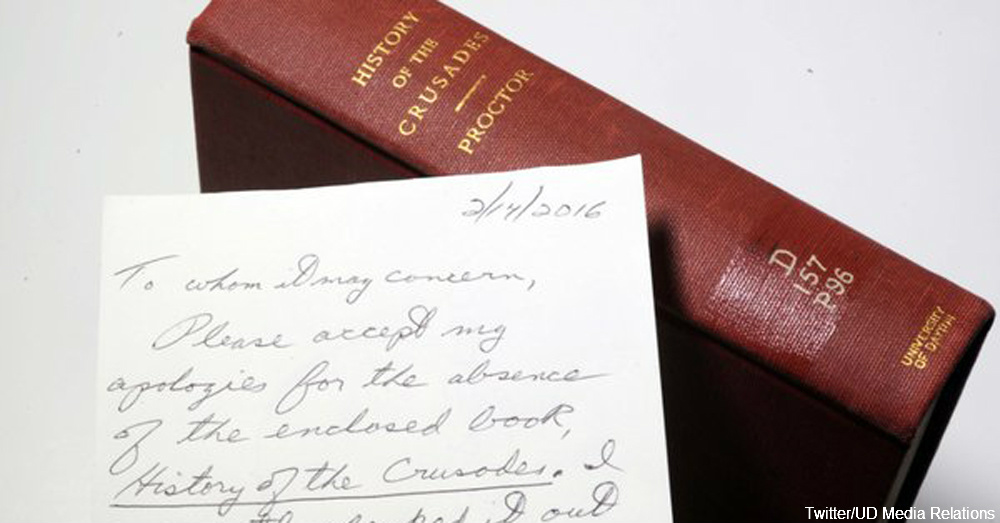 Phillips was a freshman at the university in 1967 when he checked out History of the Crusades. The normal loan period for the book was 14 days. Phillips neglected to return the volume because he joined the Marine Corps during the busiest part of the Vietnam War, and he left all of his belongings behind in his dorm. Phillips believes someone collected everything in his room and mailed the items to his parents’ house where they stayed for decades. 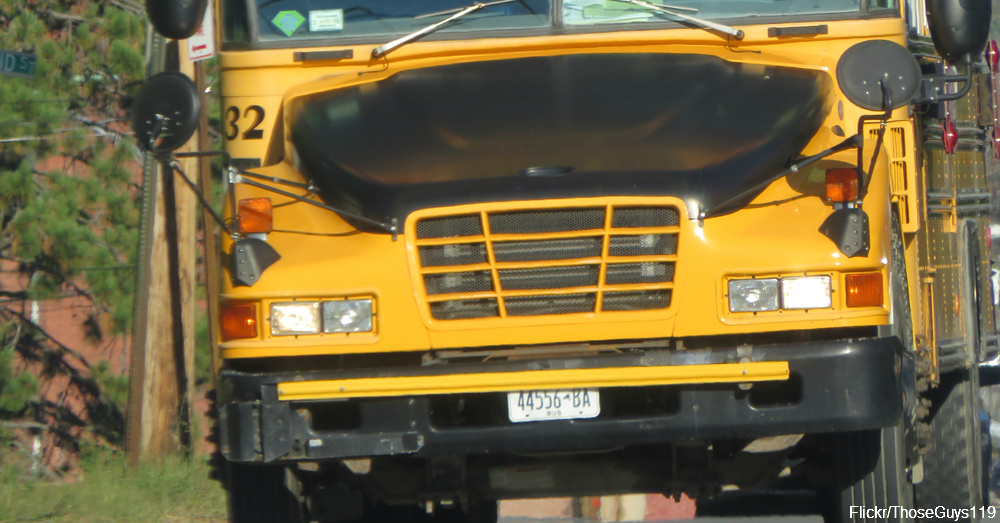 Fast forward to early 2016. Phillips, a Head Start school bus driver in a school district 130 miles northwest of Minneapolis, received a box of items from his younger brother. The box was in their parents’ house, but both their mom and dad had passed away years ago. The box mistakenly went to Phillips’s younger brother back in 2002 after his mom died. Inside the box was a reddish-brown, hardbound book with golden lettering on the spine.

Phillips chose to do the right thing and returned the book. In his short note, Phillips asked the university to accept his apologies for the book’s absence. The library had no idea the book was even missing! In 1967, there was no computer record of Phillips or the book. Instead of fining Phillips $350, or 2 cents per day, for overdue charges, staffers at the library figured the veteran more than paid the fine by serving his country at a difficult time in America’s history. 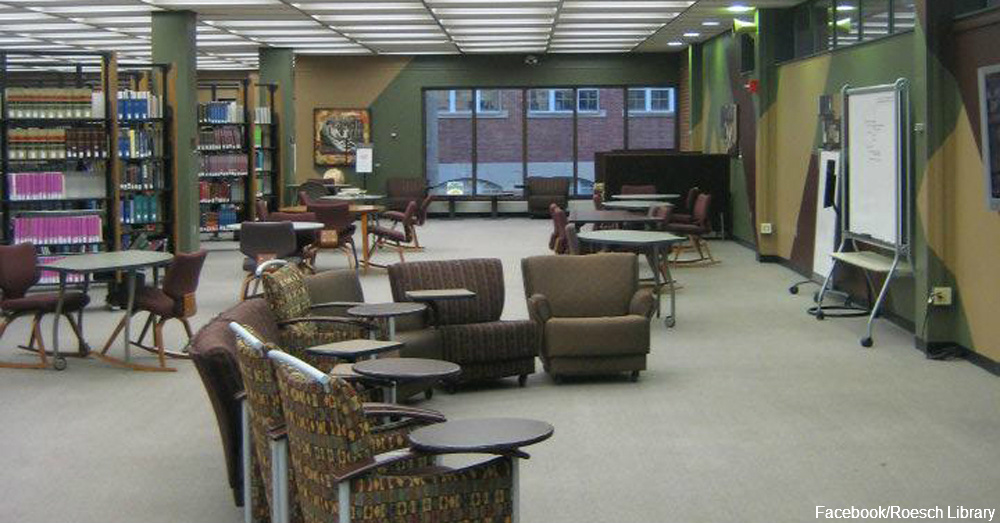 Amazingly, History of the Crusades goes back in circulation once a staff member puts a bar code on the volume. The bar code links to a computer record so librarians should know precisely who checks out the book in the future. Phillips said his choice to return the volume came from his parents, which is a fitting tribute to the people who raised their son properly.

Amnesty for library fines is another way to honor those who do the right thing by returning public property.

Read how library fine amnesty days benefit everyone in the community.