This Creative Man Is Using The Dictionary For An Unintended Purpose!

Editors put example sentences into the dictionary for the same reason that judges use them in spelling bees. Example sentences are supposed to provide us with a context for a word. But what do we do when these sentences border on the bizarre?

For one man, the answer was simple: turn them into fiction. 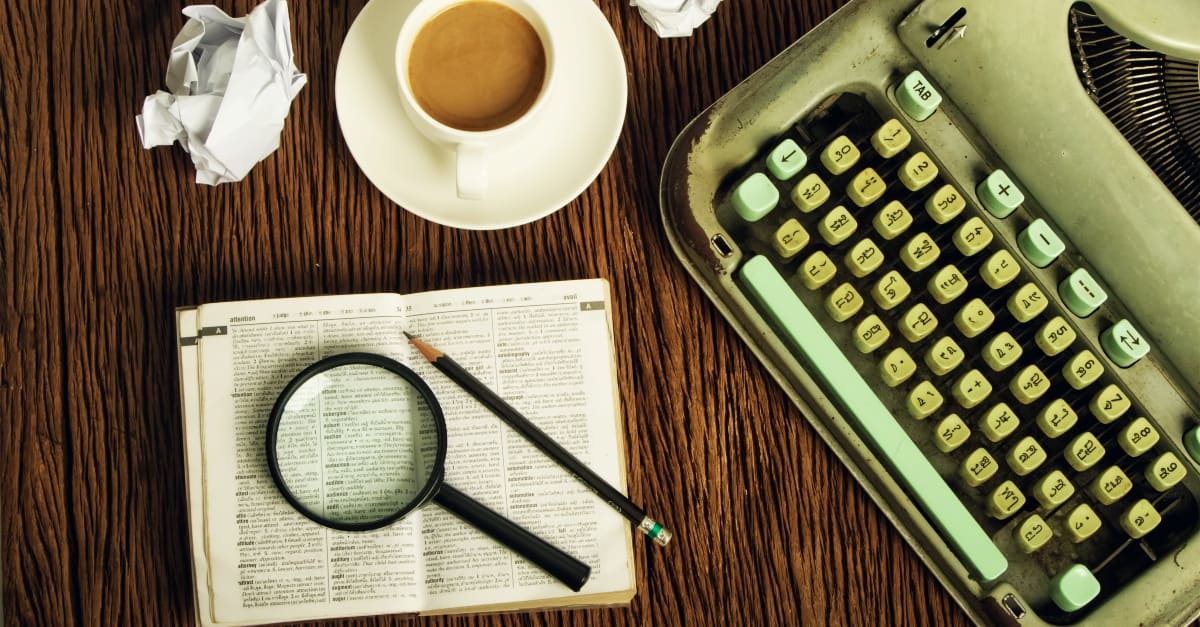 To better understand the uniqueness of example sentences, we at The Writers Circle looked up some of our own. We started by looking up the word “example” in the dictionary app on our MacBook. One of the example sentences was: “she followed her brother’s example and deserted her family.” What a troubling, sad, and strange context to bring life to “example.”

But then we turned to the The Longman Dictionary of Contemporary English, which provided a sentence that left us scratching our heads even more: “Can anyone give me an example of a transitive verb?” Although this might help some people understand how to use this word, it left us wondering more about transitive verbs!

The cream of the crop for dictionary example sentences, however, appears to be the New Oxford American Dictionary (NOAD), whose example sentences actually inspired Jez Burrows to create something special out of all the madness. His website, Dictionary Stories, takes examples sentences that he finds in the NOAD and strings them together in fascinating threads, creating fiction out of ephemera.

According to Slate, Burrows was inspired after he looked up the word “study.” This simple search led him to the example sentence: “He perched on the edge of the bed, a study in confusion and misery.” This sentence was so strange and arresting, Burrows thought that it sounded like a story all on its own. 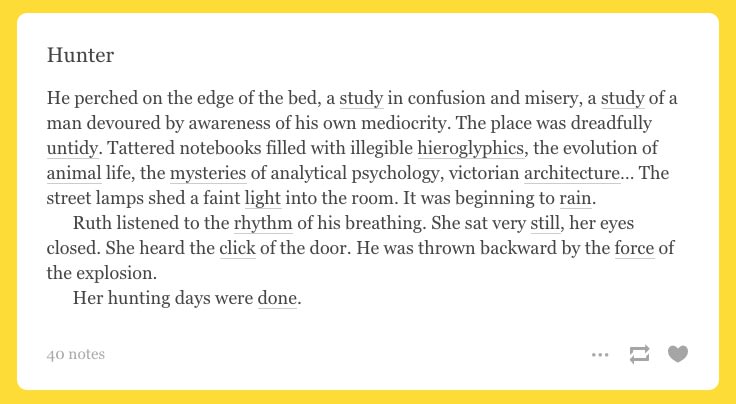 He began stringing more example sentences like this together to form solitary works; mixtape playlists, recipes, and fictions ranging from very short to the length of flash fiction. But why are the sentences of the NOAD so irresistibly weird and conducive to creative works?

Slate discovered that the NOAD does not create the example sentences on their own. They pull them from works in the Oxford English Corpus, a body of work that includes mostly academic works and newspaper articles. This would explain the eeriness of the sentences that Burrows has been collecting.

But no matter where the NOAD gets its example sentences from, Burrows has no problem combining them into funny, charming, and sometimes moving, stories. His work creates its own genre, blurring the lines between prose, poetry, and imagination. Much like black-out poetry, abecedarians, and other constrained forms of writing, the beauty of Burrows works comes from not the words themselves, but his ability to source and combine these pre-written sentences into something meaningful.

So the next time you don’t understand a word, don’t be afraid to dive deep into your dictionary. Take notice of the etymology and pronunciation, but pay particular attention to the example sentence.