While writing is largely a solitary pursuit, sometimes authors crave connection with fellow wordsmiths. For writers seeking camaraderie with other writers and book lovers, festivals provide the perfect venue. Often less structured, less intense and less expensive than a traditional writing workshop or retreat, a festival offers you the chance to hear from your favorite authors and chat with an assortment of interesting people. It’s a great setting for exchanging thoughts and opening yourself to new perspectives. Ultimately you walk away with fresh ideas, new contacts, and all kinds of writing inspiration.†

Today the Writer’s Circle is bringing you a list of the best writing and literary festivals lined up for fall 2013. If you’re in the area or can spare a plane ticket, we highly recommend checking out these events.† 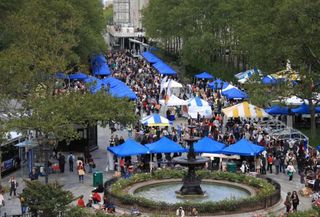 The Brooklyn Book Festival is the largest free literary event in New York City, presenting an array of national and international literary stars and emerging authors. One of Americaís premier book festivals, this hip, smart diverse gathering attracts thousands of visitors. †More than 40,000 people from around the world converged on Borough Hall last year. The Festival is organized around themed readings and is devoted to timely and lively panel discussions. The inclusion of top national and international authors and new partners has expanded the Festivalís reach while continuing to celebrate and enhance Brooklynís contemporary and historic literary reputation.

This yearís Brooklyn Book Festival will feature a full week of festivities, with yet-to-be announced bookend events being held at clubs, bookstores, parks, theaters, libraries and other venues throughout the borough from September 16-22.† The Festival will also again feature outdoor stages in Borough Hall Plaza as well as venues inside historic Borough Hall. Programming will include panels and readings on an outdoor main stage, Target Childrenís Area and special programming for teens, and a Literary Marketplace that includes local and national bookstores, publishers and literary organizations.†A full list of 2013 authors and participants can be found here.† 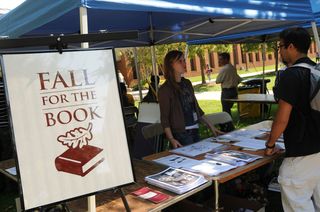 Fall for the Book
Washington D.C., Virginia and Maryland
September 22-27

Since its inaugural year in 1999, Fall for the Book festival has aimed to:†

This year the festival will honor writers Cheryl Strayed, David Baldacci, Sonia Sanchez and Dave Barry with awards. There will be a Mystery Writers of America panel discussion, poetry readings, photography and sculpture exhibits, and more. Visit the festival website for a full listing of events and author-speakers.†

Wordstock is a literary art and education non-profit that celebrates and supports writing in the classroom and in the community. Our mission is to use the power of writing to effect positive change in peopleís lives.

Our flagship program is our annual book and literary festival in PortlandñWordstock.†Wordstock began in 2005 and is already the largest celebration of literature and literacy in the Pacific Northwest. Each year, during the festival, we bring together hundreds of small presses, independent publishers, non-profits, and independent booksellers along with 150 authors. Because Wordstock is dedicated to connecting you to contemporary writers, the festival includes a series of knowledge and skill workshops for practicing writers called Wordstock for Writers

Above all, Wordstock is dedicated to providing the public with unprecedented access to artistic excellence and instilling a lifelong love of reading in our community. For this reason, kids 13 and under receive admission for free and entrance to the festival remains low. †We believe showcasing the artistic accomplishment of contemporary writers at our festival is one of the most compelling examples of writingís power that we can provide.†

The Festival is a four-day celebration of those who read books, those who write books, and of the books themselves. Located in downtown Brattleboro, Vermont, the Festival includes readings, panel discussions, and special events, featuring emerging and established authors.††All events are†FREE AND OPEN TO THE PUBLIC!

The Brattleboro Literary Festival was founded in 2002 by a very small group of bibliophiles from area bookstores and libraries. The very first festival featured Nobel Prize winning legend Saul Bellow in his last public appearance. Since then the festival has gone on to present†nearly†300 authors, including winners of the Pulitzer Prize, National Book Award, National Book Critics Circle Award, Newbery Medal, and the Caldecott Medal.

Brattleboro is a natural setting for this event. Writers have always found it a congenial place to live and work. Royall Tyler, the celebrated playwright and poet of the late eighteenth and early nineteenth centuries, called Brattleboro home. The first literary societies in the community were formed in his day, the forerunners of the reading and writing groups that abound here today. In the eighteen-nineties, Rudyard Kipling resided at Naulakha in the hills on the edge of town, and wrote several of his classic works while living here. Today, the Brattleboro area is home to numerous active writers. 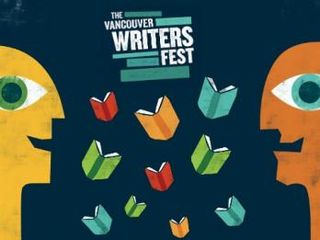 For the past 26 years, the Writers Fest has enriched our imaginations and the culture of our city and has touched and inspired thousands of lives by creating a forum for authors to connect with readers and by offering a vibrant exchange of ideas and conversation.