There Is an Instagram Devoted Entirely to Forgotten Bookmarks

Sometimes you find something interesting tucked away inside a book from the library or the thrift store. You really never know what could be inside a used book- perhaps a check or a bookmark from a defunct bookstore or even cash! Well, there are people out there who are obsessed with these little forgotten mementos. One such person is Michael Popek, a rare and used bookseller who has complied these time treasures in a book, Forgotten Bookmarks: A Bookseller’s Collection of Odd Things Lost Between the Pages.

Popek has also authored a book specifically on the old recipes he has found in used books, Handwritten Recipes: A Bookseller’s Collection of Curious and Wonderful Recipes Forgotten Between the Pages. And, he runs an Instagram account dedicated to what he finds inside his used books. He also sells the books that are featured on his Instagram page! 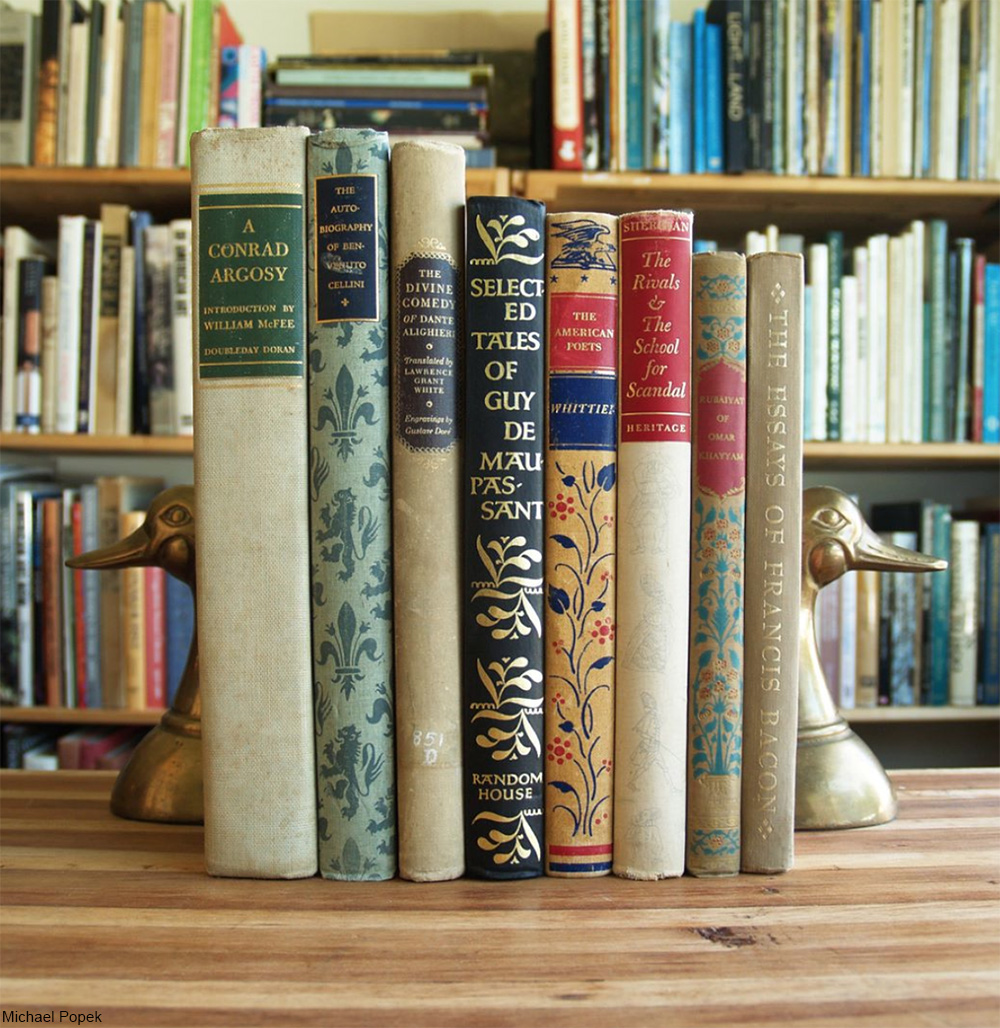 Some of the most common bookmarks are concert tickets, photographs, and recipe cards. 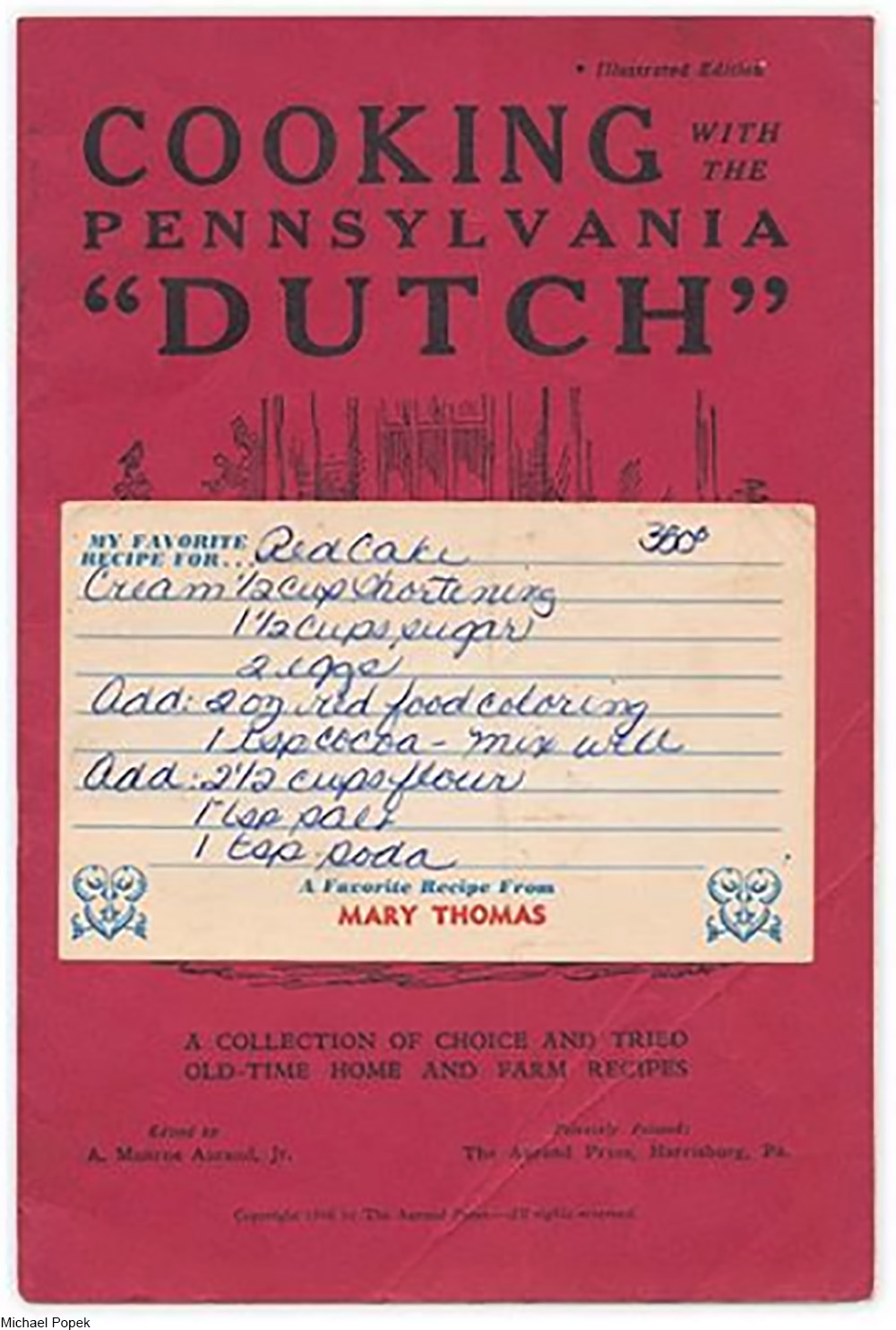 The recipe above for “Red Cake” was found in the book, Cooking With the Pennsylvania Dutch, edited by A. Monroe Aurand. Recipe for Red Cake: 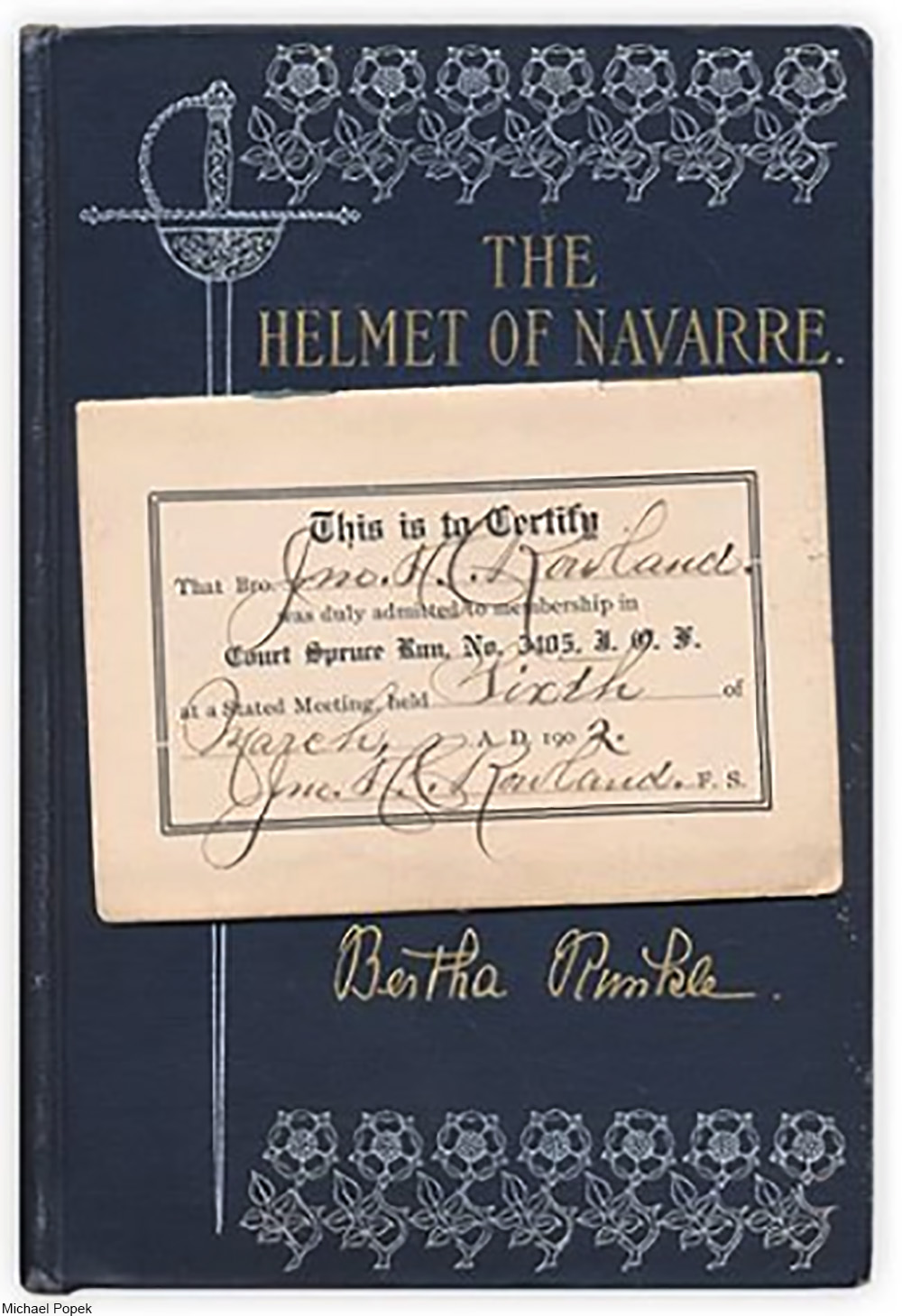 The membership card above dates from more than a century ago! It reads, “This is to Certify That Bro. Jno. H.C. Rowland was duly admitted to membership in Court Spruce Run, No. 3405 at a stated meeting held Sixth of March, A.D. 1902.” and was found in The Helmet of Navarre by Bertha Runkle. 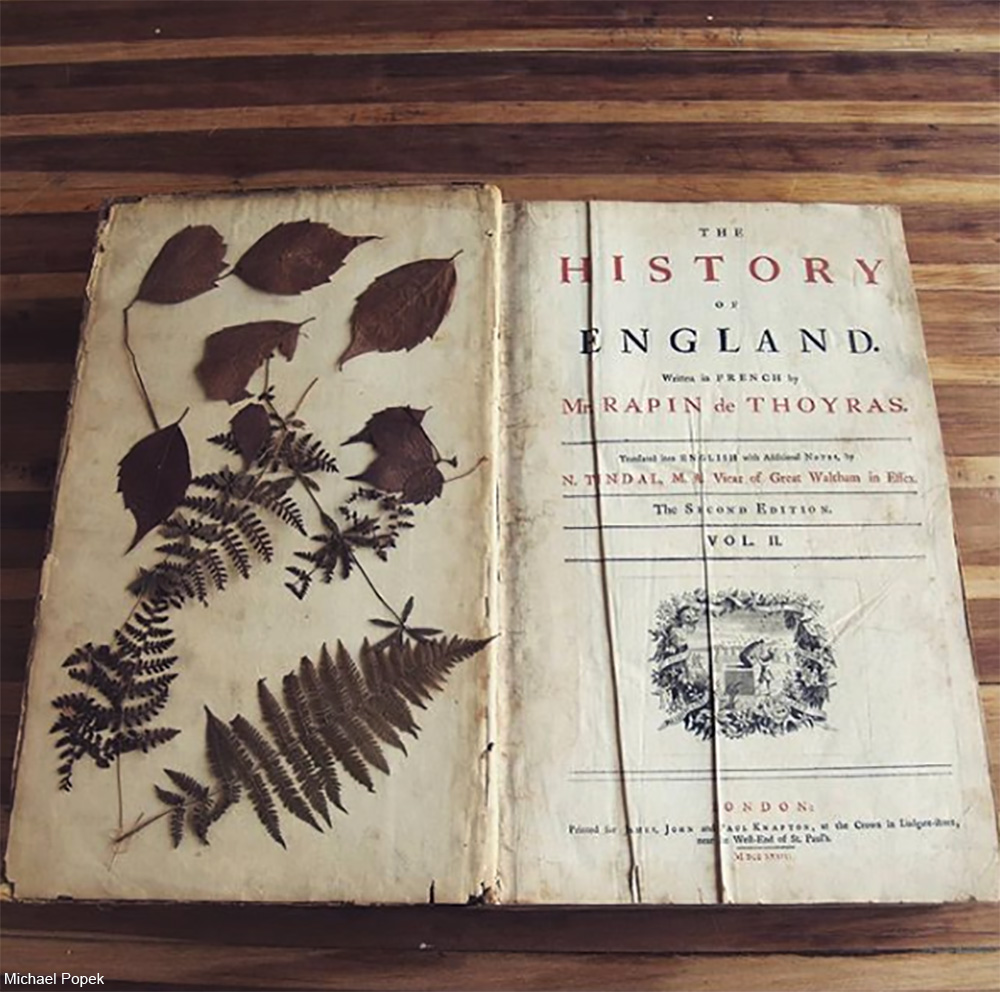 Dried flowers and plants are other common things to find in books- not usually as bookmarks, but as a place to flatten the precious specimens safely. Whole collections of dried plants have been found this way. The above pressed plants were found in a 1733 issue of The History of England: Vol II by Rapin de Thoyras. 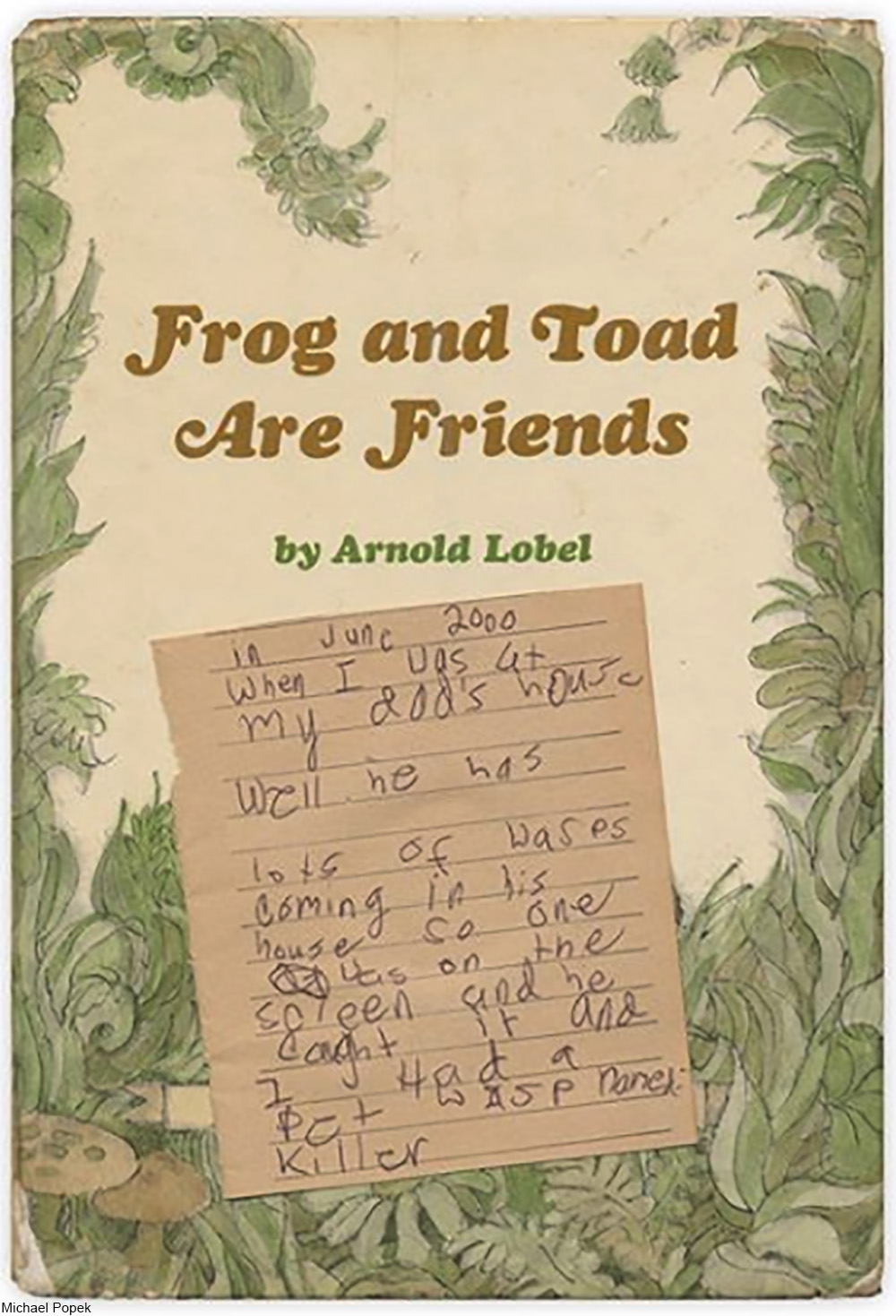 Sometimes notes or stories written by children are found in old books- a sweet reminder of childhood days gone by. This note reads, “In June 2000 when I was at my Dad’s house he has lots of wasps coming in his house so one was on the screen and he caught it and I had a pet wasp named Killer” and was found in Frog and Toad Are Friends by Arnold Lobel. 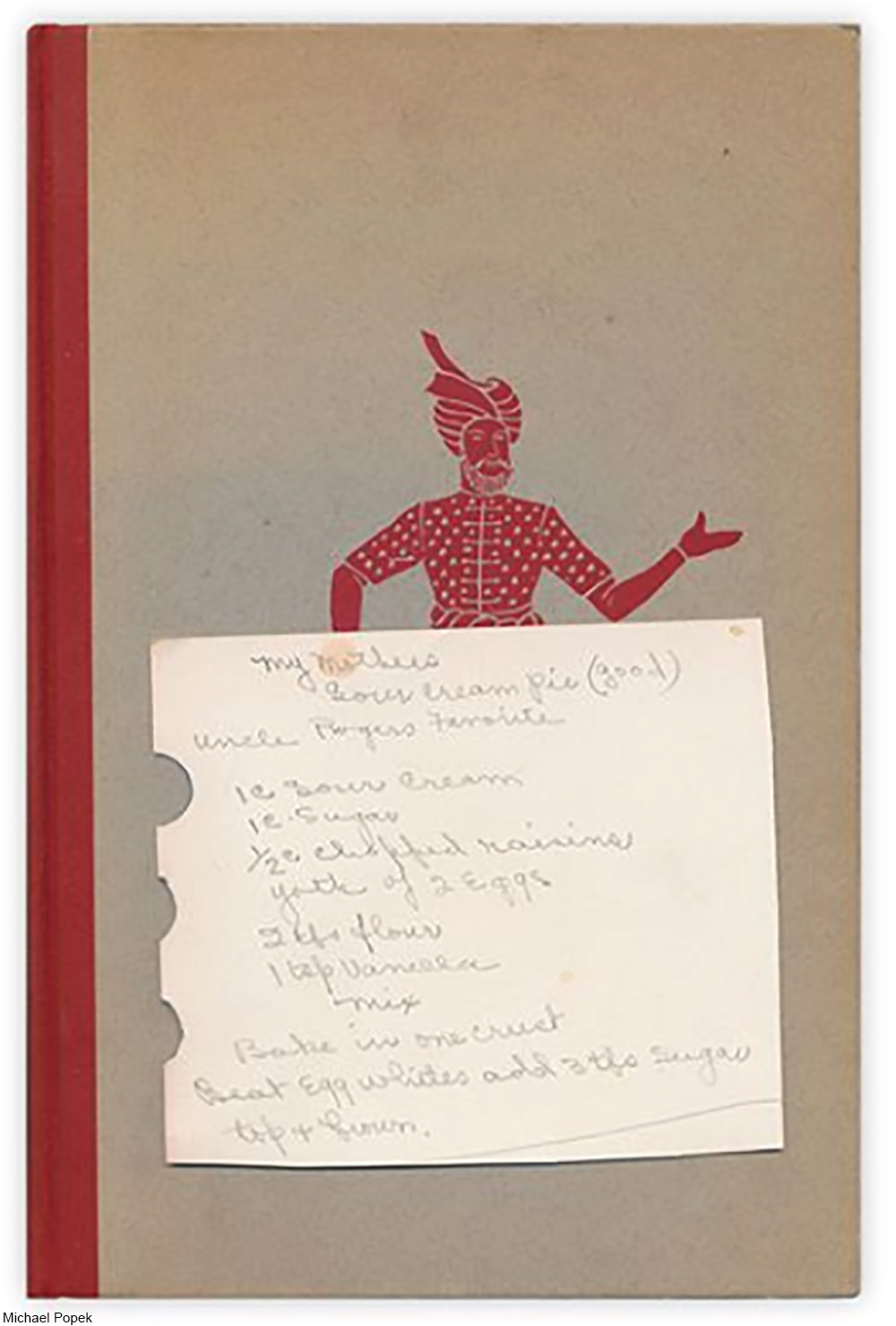 And, here is another recipe, this time for sour cream cake, which sounds utterly delicious (found in The Seven Voyages of Sinbad the Sailor published in 1949). The recipe is as follows:
My Mother’s Sour Cream Pie (good) 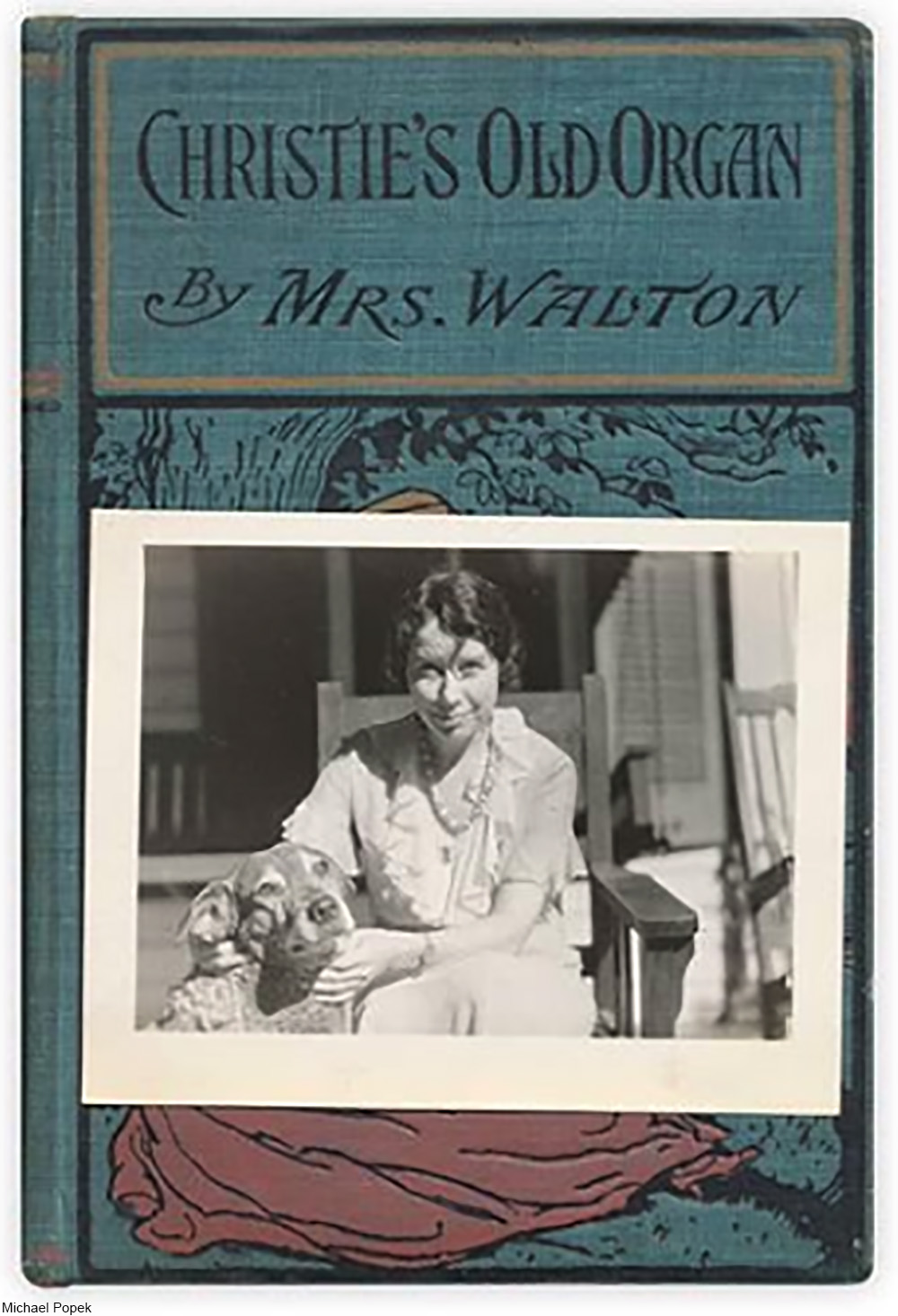 Photographs are some of the most compelling and saddest bookmarks one can find. It makes you wonder where their family is and hope that they had other lovely photographs to remember them by. The photo above was found inside the book, Christie’s Old Organ, by Mrs. Walton. 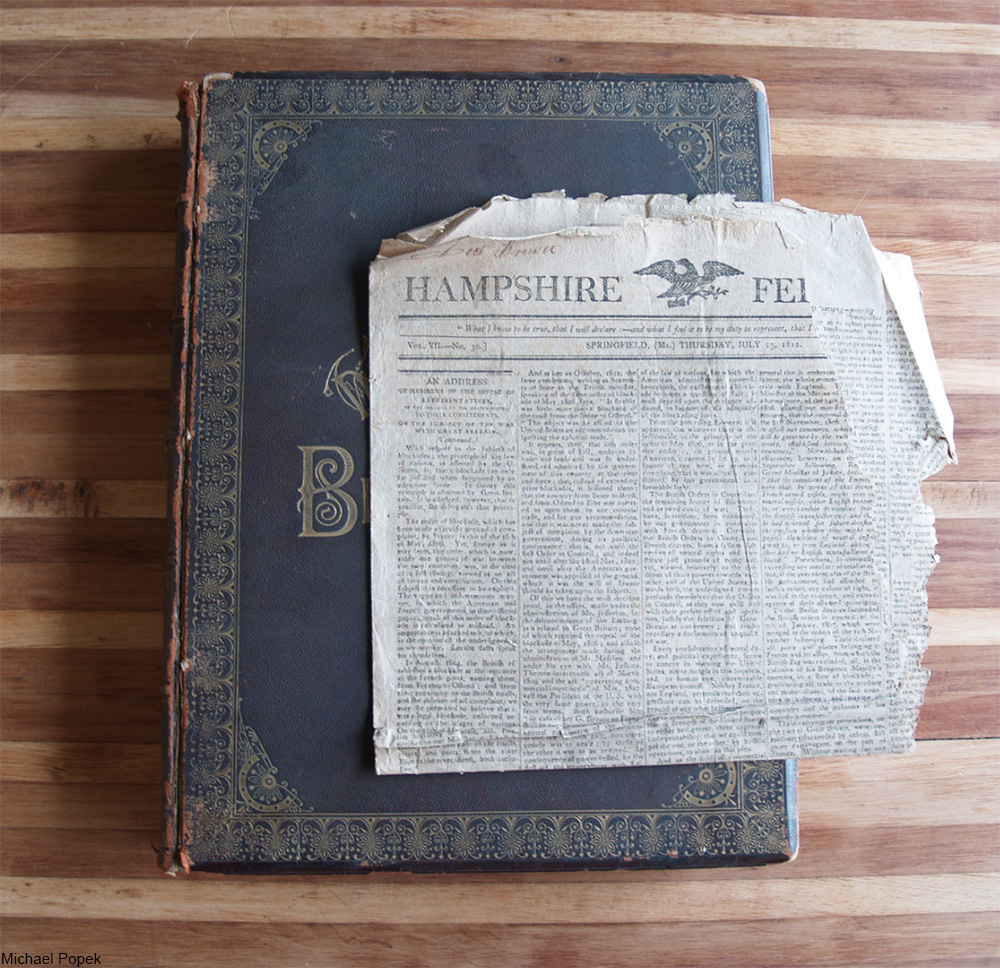 Sometimes newspaper clippings can be the bookmarks, something which can serve as important history when found years later. This clipping is from the July 23, 1812 edition of the Springfield, MA, newspaper: the Hampshire Federalist. It and was published just after the start of The War of 1812. The battered clipping was found in The New Gallery of British Art: Volume One, published in 1862. 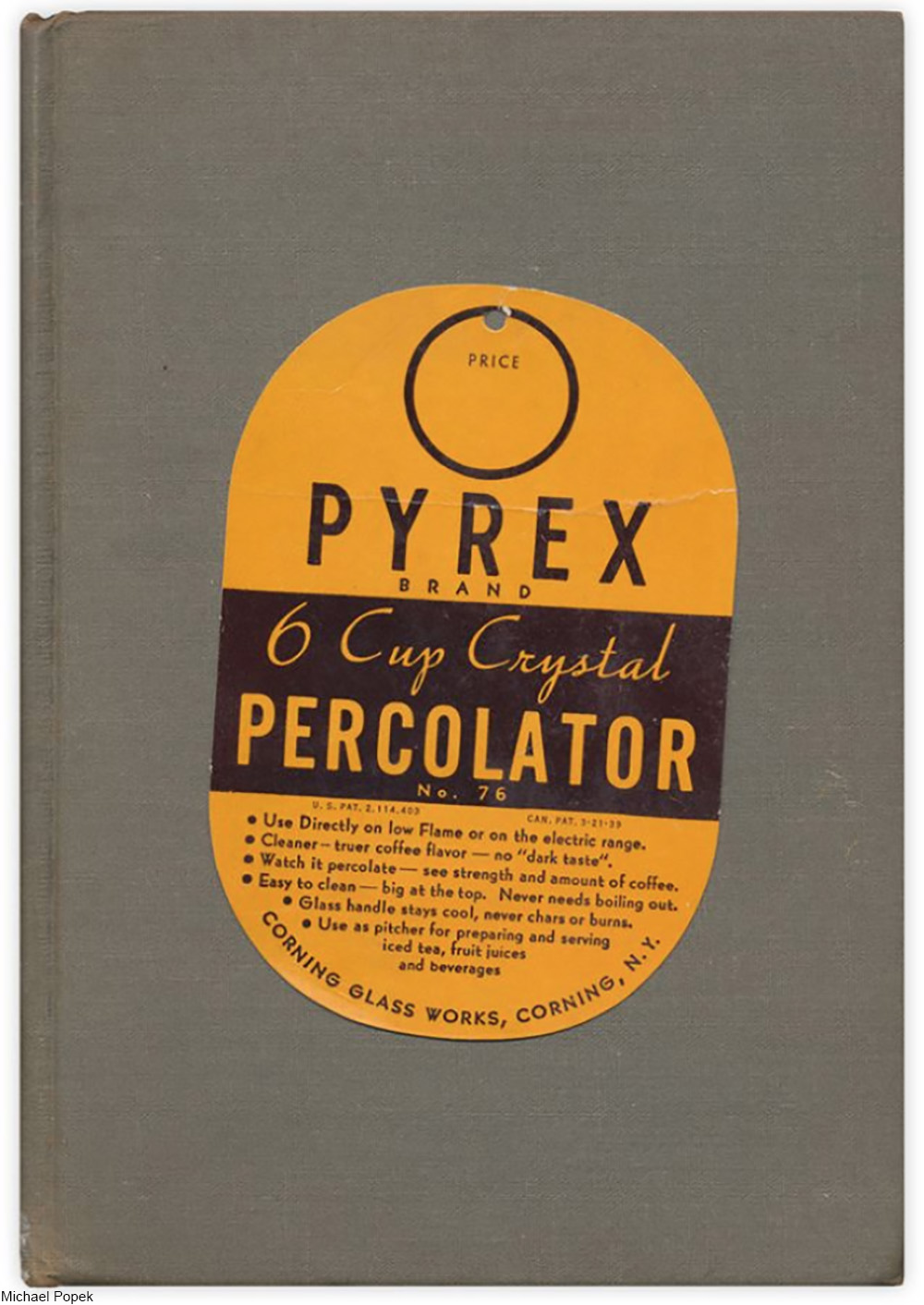 Another sign of the times found in books? The tags from products of the era, like this 1940s/50s 6 cup crystal Pyrex percolator label found inside the book, The Gauntlet, by James Street.

Which one was your favorite from this bunch? Have you ever found anything wonderful or fascinating inside an old book?