When Did Sitcoms Become So Literary? We’ve Found 5 Hilarious Examples…

Bibliophiles generally have an axe to grind with television. But every once and a while we see something on TV that’s so literary we have to stop and take note. Over the years there have been hundreds of different sitcoms, but very few of them have paid tribute to literature the way that these have. We’ve compiled our 5 favorite sitcoms that will make you want to pick up a book and READ! 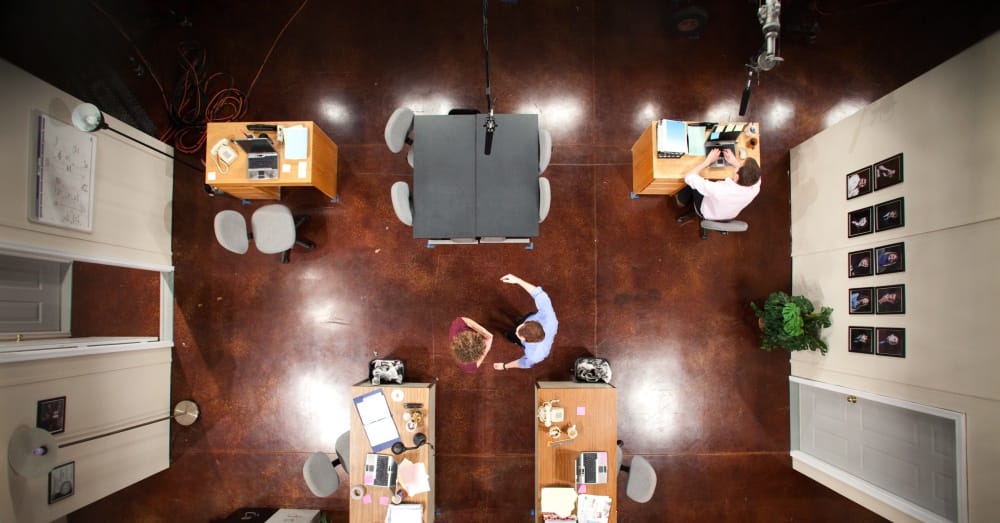 A fatwa was placed on Salman Rushdie’s head in 1989 after he published The Satanic Verses. In 1993 Seinfeld turned this controversy into comedy by including Rushdie in an episode. On the show, Kramer claims that he saw Salman Rushdie hiding out at his gym. Kramer pursues this man and learns that his name is actually Sal Bass. Kramer, however, is unconvinced that this man is not Rushdie, claiming that “Salman” is close to “salmon,” and salmon and bass are both kinds of fish. Perfect logic.

The Shining (Stephen King) and Little Women (Louisa May Alcott)

Friends’ famous fool, Joey, was not known for his intellectual interests. Which is why it is surprising when Rachel (played by Jennifer Aniston) discovers that Joey has hid a copy of Stephen King’s The Shining in his freezer. He explains that it’s his favorite book and, when it gets too scary, he locks it in the ice box.

Rachel and Joey decided to swap books, which is how Joey gets a copy of Louisa May Alcott’s Little Women. Joey ends up loving the book but, when he gets to the sad conclusion, he puts that book in the freezer too.

Even Joey enjoys a good book every once in a while!

Harry Potter (J.K. Rowling) and The Lord Of The Rings (J.R.R. Tolkien)

To anyone who followed NBC’s mockumentary-style sitcom, The Office, it seems like there was always a fight happening between Jim and Dwight. A running joke in the series is Dwight’s obsession with The Lord Of The Rings and Harry Potter. Dwight loves these two fantasy series so much that Jim would go out of his way to mess up crucial details about these books to anger Dwight. The funniest instance of this was when Dwight and Jim were picking team names:

Dwight: We will be called “Griffindor.”

Dwight: He who must not be named? I wouldn’t do that…

And does anybody remember the time that Dwight mistook his short co-worker for a hobbit? Say what you will about the show, but these two talked an awful lot about fantasy. 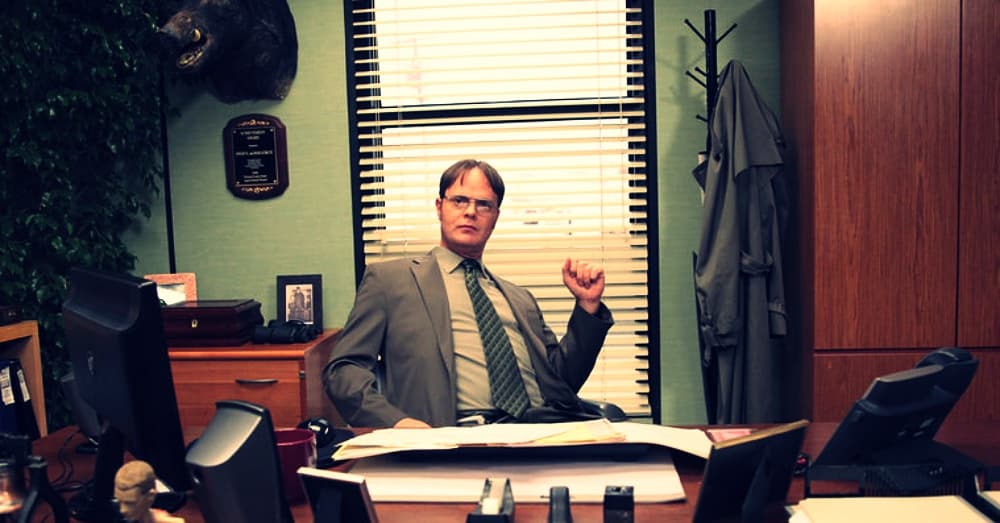 The Simpsons is a show full of literary references. There is even an entire blog dedicated to sharing their book-based Easter eggs! Every year, The Simpsons releases a Halloween episode called “The Treehouse of Horror.”

The first in this series was released 1990 and featured a particularly funny homage to Edgar Allen Poe. In this episode, the characters act out the “The Raven” with Bart as the famous bird and Marge as the lost Lenore. James Earle Jones even narrates the segment as Homer plays the poem’s protagonist.

For a cartoon sitcom like the Simpsons to recreate a poem in such detail warms our literary hearts. But to do so in such a hilarious manner only encourages another generation to fall in love with Poe’s poems.

The Old Man And The Sea (Ernest Hemingway)

Arrested Development is famous for its labyrinthine subplots which work together to create gigantic, interlaced story arcs. One of these subplots leaned on Ernest Hemingway for a little comic relief. The mischievous cousin on the show, Maeby, cons her way into the office of a film executive where she convinces a staff member to do her homework; writing a book report on The Old Man and the Sea.

The con continues, however, when she convinces a producer that the book report is actually a script she has just signed off on. As the book report makes its way through the turbines of Hollywood, a few details are changed to make the project more marketable to a younger audience. The Old Man and the Sea becomes “The Young Man and the Beach” and Maeby is put in charge of finding an ending to her own screwed up remake.