The Great Comeback Of The Great Gatsby

On April 10th, 1925, The Great Gatsby was published. This book has been called one of the “the great American novels,” competing for that epithet with such works as Moby Dick, To Kill A Mockingbird, and Twain’s Adventures of Huckleberry Finn. What is truly fascinating about this tale of love, greed, and power is how unpopular it was while Fitzgerald was alive. His final royalty check for the book (before his death in 1940) was for $13.13. After WWII, however, The Great Gatsby was rejuvenated thanks to its circulation among soldiers during the war. Since then, it’s been taught in myriad classrooms and established itself as a beloved piece of the literary canon. 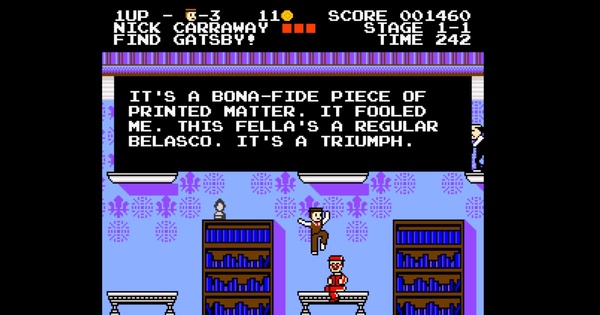 In the 9 decades since its publication, technology has advanced and the book has spawned 6 movies. But strangest among the many Gatsby updates is the video game released for free on the Internet. The website it lives on claims that the game was transferred from an old Nintendo cartridge and is based on a Japanese game called “Doki Doki Toshokan: Gatsby no Monogatari,” but we think it’s all just a very fun, post-modern experiment in authorship.

What is your favorite thing about the Great Gatsby?