“Very” and Other Useless Words to Erase Forever

“And then the meeting was suddenly interrupted by a very loud noise that startled the board members.” If the previous sentence isn’t a train wreck to you, perhaps it’s time to analyze your own writing. The sentence should hopefully drive in this useful point: the best writing isn’t determined by what happens, but rather by word choice. Nothing takes readers out of the moment like one poorly worded sentence. To help your writing, we compiled a brief list of words to avoid along with our reasonings and a few suggestions to help you get around some messy phrasing.

Oh, and if you were wondering, a decent way to rephrase the starting sentence would be: “A deafening noise crashed through the otherwise quiet meeting, agitating the typically lethargic board members.” 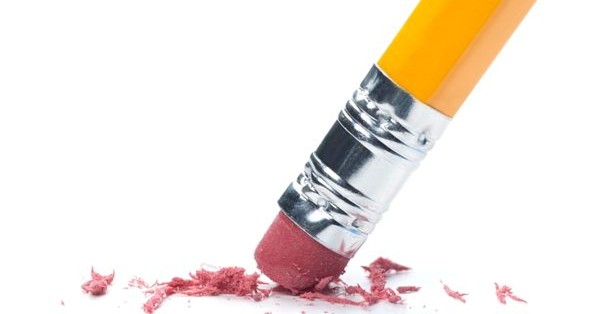 Mark Twain said it best: “Substitute ‘damn’ every time you’re inclined to write ‘very;’ your editor will delete it and the writing will be just as it should be.”

The words “very” or “really” (or any intensifier) are just other ways of increasing the value of a word without adding anything descriptive. You’re also using two words when one would suffice which, unless you’re getting paid by the word, is best to avoid. Instead of saying “very loud” like in our example sentence, try “deafening,” “thunderous,” or “piercing.” Not only do they roughly mean the same as “very loud” but they are much more descriptive. Here’s a great, if brief, list of words you can use in replace of “very”.

“Sudden” or “Suddenly” is another practically useless word. Anton Chekhov once said “Don’t tell me the moon is shining; show me the glint of light on broken glass.” Let the sentence or the action itself jar the reader into feeling the suddenness of the action. “Suddenly” ironically slows down the action and delays the actual suddenness of the sentence. Tit for the word, either. Just don’t use it. Let the silence speak for itself to convey your message.

Both of these words are meant to convey very specific feelings. “Amazing” means “causing great wonder or surprise” while “awesome” means “extremely impressive or daunting; inspiring great admiration, apprehension, or fear.” There are two great reasons to not use these words. First, it falls into “telling and not showing,” that is: telling the reader how they should feel or how the character feels instead of actually describing it in a way in order to convey that emotion.

The second reason to avoid these words is simple: they are over used. Everything these days is either awesome or amazing. Seriously, ask yourself the last time you’ve used either of those words to describe something innocuous like a hamburger or a delightful chocolate dessert.

To quote Louis CK, “As humans, we waste the [expletive] out of our words. It’s sad. We use words like ‘awesome’ and ‘wonderful’ like they’re candy. It was awesome? Really? It inspired you to awe? It was wonderful? Are you serious?”

If you intend to use these words it’s worth asking if what you’re describing is really “amazing” or “awesome” in its true sense. If it is, find a way of letting the audience feel that. If you aren’t using the true sense of a word, there are alternatives like “neat,” “delicious,” “outstanding,” or [insert other words that will fit better without entering into the realm of cliche hyperbole].

“That” is a handy word that isn’t always useless. However, it’s also commonly a crutch without a purpose. Whenever you’re about to use the word, ask yourself if there is a better way to avoid it. Consider this sentence: “I saw the grail that shined brightly.” The sentence is weak, right? Change the sentence entirely by avoiding the pitfall of the word “that” by rewriting it to “I saw the brightly shining grail.” The sentence sounds much cleaner now, right? Also consider “I think that all puppies are adorable.” Just remove the word from the sentence to make it cleaner once more: “I think all puppies are adorable.” Any time you’re about to use the word, ask yourself it there’s a cleaner way of phrasing your sentence, or if the sentence makes sense without it. If it does, just ditch the word entirely.

“He started running.” “She started dancing.” “The dog started jumping.” All of these sentences are passive and slow. “Started” serves to slow down the sentence and little more. Instead, remove the word from your vocabulary. “He ran.” “She danced.” “The dog jumped.” Any action performed is one started. If you want to signal that the action is a continuing one, add descriptors after. “He ran tirelessly past the starting line.” “She danced all night long.” “The dog jumped repeatedly.” Each sentence provides a better scope of time than using the word “started”.

Started isn’t a word to avoid without exception, but it’s pretty close. The car didn’t “start”, it “roared to life,” for example. One time you can use the word “start”, though, is when there’s something that has a definite starting time. “I started writing in the 8th grade.” These opportunities occur rarely, and it’s much better to try to avoid the word as best you can. There are much stronger ways to communicate your point.