What’s in a Name? 5 Authors and Their Pseudonyms

There are many advantages to choosing a pseudonym. Sometimes, what you write might not get published because of the author’s reputation. Other times, the author just wants their privacy. But it can also be a way for famous authors to test whether or not they are still writing as well as they used to, or if they are past their prime. Whatever the reason, the amount of authors who have used pen names may surprise you.

Here are just five famous authors and the fascinating stories behind their pseudonyms! 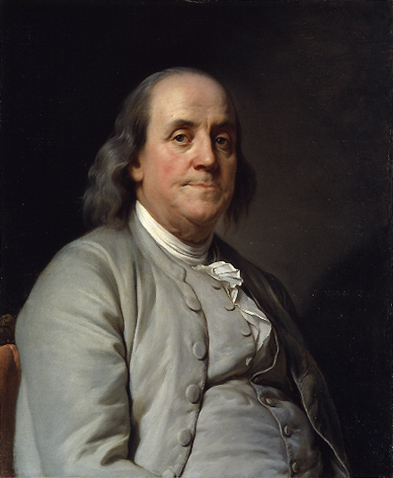 Benjamin Franklin, one of the founding fathers of the United States of America, is famous for a great many accomplishments. He helped design traffic lights, the concept of a fire department, and published many interesting writings including his autobiography and the Farmer’s Almanac. But to his reading audience, he wasn’t always known as Benjamin Franklin… In fact, he wasn’t always known as a man! Some knew him as Mrs. Silence Dogood.

In 1722, a 16 year old Benjamin Franklin wrote several letters to the New-England Courant only to have them rejected. After some thought, Franklin crafted a new persona for himself: a middle-aged widow named Silence Dogood. He wrote 15 letters in total, each of which were published. Some were quite amusing. One in particular poked quite a bit of fun at Colonial America like this excerpt on hoop skirts:

“These monstrous topsy-turvy Mortar-Pieces, are neither fit for the Church, the Hall, or the Kitchen; and if a Number of them were well mounted on Noddles-Island, they would look more like Engines of War for bombarding the Town, than Ornaments of the Fair Sex. An honest Neighbour of mine, happening to be in Town some time since on a publick Day, inform’d me, that he saw four Gentlewomen with their Hoops half mounted in a Balcony, as they withdrew to the Wall, to the great Terror of the Militia, who (he thinks) might attribute their irregular Volleys to the formidable Appearance of the Ladies Petticoats.”

In the 1970’s it was generally accepted in the publishing world that an author could feasibly publish maybe one book per year. Anyone who knows Stephen King knows that’s just not his style. He wanted to be able to publish more books so he came up with a new name to publish under. This also helped him to answer the question that many successful people have: “Am I successful because of talent, or because of luck?”

Inspired by a combination of Donald E. Westlake’s pseudonym, Richard Stark, and the band Bachman-Turner Overdrive, King adopted the name “Richard Bachman.” Under this name, King was able to publish a few novels before the link between him and his nom de plume was discovered. Books credited to Bachman include Rage, The Long Walk, Roadwork, The Running Man, and Thinner. Misery was already intended to be attributed to King, however D.C. bookstore clerk, Steve Brown, discovered the link between Bachman and King through some super sleuthing. Bachman’s “death” was announced as a “cancer of the pseudonym.” Since then, King has published two more stories under the Bachman name: The Regulators and Blaze. The relationship between King and Bachman also inspired the 1989 novel The Dark Half, in which an author’s pseudonym comes to life.

Not many of us know Lewis Carroll by his real name. In fact, this English writer is famous almost explicitly due to his pseudonym. Charles Lutwidge Dodgson had many diverse interests; he loved children and puzzles. This, of course, inspired many of his works, including Alice’s Adventures in Wonderland and Through the Looking-Glass and What Alice Found There. Why did Dodgson use a pen name? According to the Lewis Carroll Society of North America, it was because he was “a modest gentleman and a scholar/instructor at Oxford [who] valued his privacy very highly”.

Benjamin Franklin isn’t the only one who swapped genders with a pseudonym. J.K. Rowling, actually, is already a pseudonym for Joanne Rowling. Her publishers were nervous that the intended readers for the Harry Potter books wouldn’t read wizard stories written by a woman. That fear may have been an influence in her later pen name, Robert Galbraith.

Under the Galbraith name, she has published one novel so far: The Cuckoo’s Calling. Galbraith’s bio stated he was a former Royal Military Police investigator. Truthfully, the name was invented through a combination of names. She drew Robert from Robert Kennedy, a personal hero of hers, and the last name came from Ella Galbraith, a name she invented for herself as a child. In 2003, Rowling told Jeremy Paxman that if she ever wrote under a pseudonym, she would be found out in seconds. Sadly, these words came true. It wasn’t even two months before someone close to Rowling leaked the true authorship of The Cuckoo’s Calling. Of the whole experience, Rowling stated “I had hoped to keep this secret a little longer, because being Robert Galbraith has been such a liberating experience. It has been wonderful to publish without hype or expectation, and pure pleasure to get feedback under a different name.”

Christie chose the name Mary Westmacott to write these novels that were a far departure from her normal stories. She published six novels in total under the Westmacott name, which, according to her granddaughter, “gave [Agatha Christie] the chance to better explore the human psychology she was so intrigued by, freed from the expectations of her mystery fans.” “Mary Westmacott” is a combination of Agatha’s second name (Mary) and the name of her distant relatives, the Westmacotts. Unlike other 20th century authors on this list, she managed to keep the secret of her pseudonym for quite some time: almost twenty years.