A train ride is a smorgasbord for the senses. Landscape whisks past us through smudgy windowpanes, wheels thud across tracks. Personal space is redefined. We can’t help eavesdropping on strangers who hunker down in the seats beside and across from us. There are no pressing needs to attend, just hours to pass as we’re carried swiftly from one destination to the next. Life is momentarily on standby.

For many writers, stepping aboard a train simply gets the creative juices flowing. The intersection where train travel and writing collide is so magical that even Amtrak has gotten wind of it. The company recently announced it’s going to offer free or low-cost writers residencies. 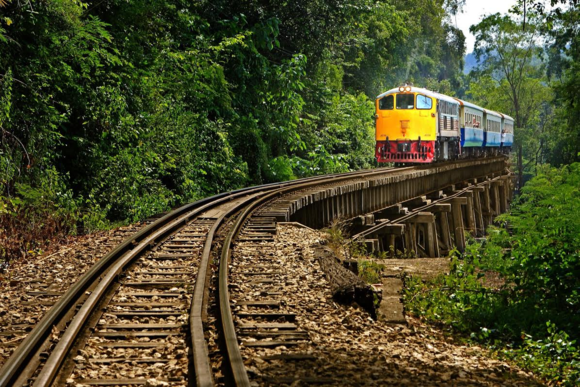 The initiative was dreamed up by author Alexander Chee, who waxed nostalgic about trains in an interview with PEN last December saying, “I wish Amtrak had a residency for writers”.

“How much momentum do we have to gain for this to become real, Amtrak?”

On Twitter, the dialogue took a surprise turn when Amtrak responded with an offer; a test run to Chicago and back. Gross’ account of her 44-hour journey on the Lake Shore Limited was published in the Paris Review. Next in line for an Amtrak residency is Chee himself, who will travel from New York City to Portland, Oregon in May.

The train travel bug got ahold of you, too? Amtrak hasn’t sorted out all the details, but in a recent interview with The Wire, the company’s Social Media Director Julia Quinn confirmed that a writer’s residency program is in the works. Amtrak tweeted on February 24 that they “could not be more excited about AmtrakResidency.” Quinn noted in her interview with The Wire that Amtrak would like to attract writers from diverse genres and with varying levels of experience.