Want to get inside your favorite authorís head? Visit his old stomping grounds.

Itís no secret. Writers have long desired aesthetically pleasing abodes, knowing that inspiration often springs forth from oneís surroundings. Naturally, what makes for the ideal writing backdrop is entirely subjective. While a simple, sparsely furnished cottage tucked away in the woods provides a haven for one author, another might rent a city apartment, at home among the chaos of blaring horns and billboards.

Or perhaps the writer had no choice in the matter. An authorís childhood surroundings often return on the pages of his adult works. Money-strapped authors have spun tales out of cheap rented rooms. The specifics vary, but the fact remains: beloved authorsí former residences stir up the imagination. For devoted readers and aspiring writers, touring these homes is a glimpse into what shaped these authorsí worlds, and ultimately their words.

Below, take a virtual peek into a few famous American authorsí old haunts. This week the Writers Circle is traveling to the West Coast. Keep an eye out for the next edition in our Writing Habitats series, where continue to highlight more authorsí homes. In the meantime, check out WritersHouses.com for a complete library of virtual tours! 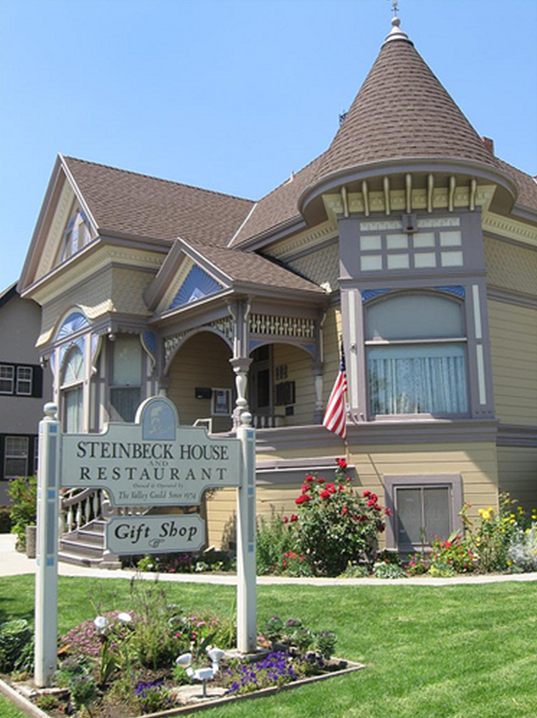 Sit down for lunch or afternoon tea at John Steinbeckís childhood home, a stately Queen Anne Victorian thatís been restored and adapted as a restaurant. The Steinbeck family moved into the home three years after it was built, in 1900. Make sure to note the family photos and relics adorning the walls of the house. To complete your visit, head two blocks east to the National Steinbeck Center. Here youíll find an exhibition hall loaded with information and artifacts about Steinbeckís writing process, life story, and the influences behind his major works. 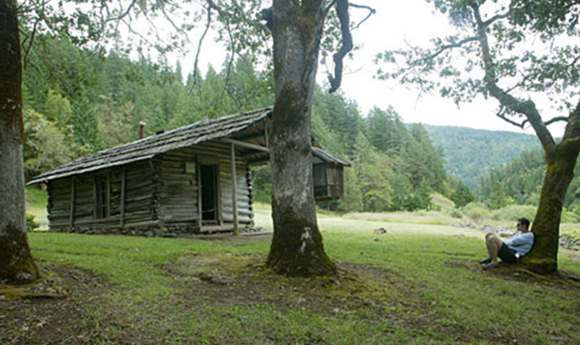 Western novelist Zane Grey retreated to this barebones cabin after discovering the beauty of the Rogue River and buying himself a mining claim on its banks. From 1917-1924 Grey was a regular on the bestseller charts; his books ultimately inspired 112 movies. Despite his wealth, Grey chose the minimalistic charm of this one room cabin, built with peeled logs and hand-split shingles. Greyís book ìRogue River Feudî takes place in this setting that so inspired him. 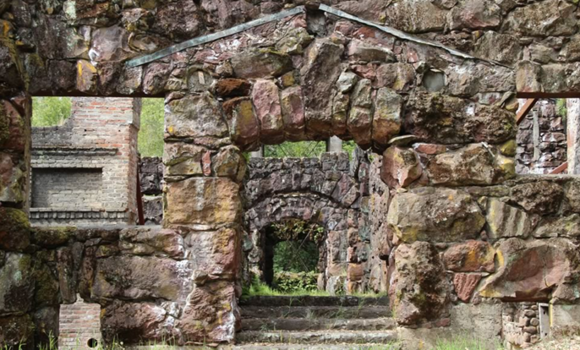 Much more than a home, these 1,400 acres of land include nature trails, Londonís writing cottage, a museum, theatre, and barns, among many other structures. The park is on the grounds of the authorís legendary Beauty Ranch, also known as The Ranch of Good Intentions. It was built with earnings from Londonís writing career, a true labor of love complete with a winery and ìPig Palace.î Guided tours are available of the property. Of particular interest is Londonís cottage, which served as a writing workshop, and ìThe Wolf House,î the authorís unfinished dream home. 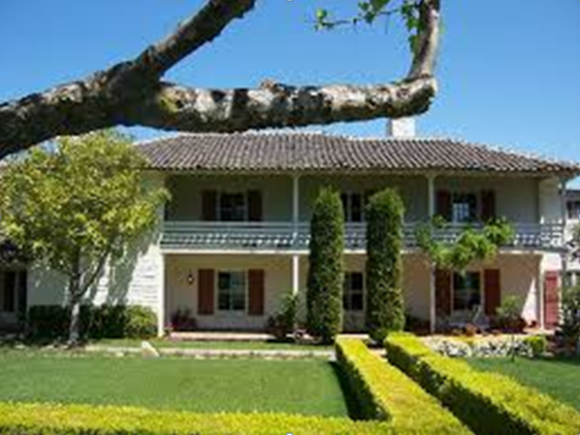 After years of living a nomadic lifestyle, playwright Eugene OíNeill finally made a home for himself on this secluded 158-acre ranch. It was here that Americaís only Nobel Prize-winning playwright penned his final works: The Iceman Cometh, Long Day’s Journey Into Night, and A Moon for the Misbegotten. OíNeill and his wife were heavily influenced by Eastern thought and art, hence their homeís unusual name and dÈcor.†