Writing Perspectives: “So You Want to Be a Writer”

Charles Bukowski’s poem, “So You Want to Be a Writer,” doesn’t exactly fall under the category of inspiration. Yet it’s a piece that writers will likely identify with, struggle with, and perhaps eventually embrace. Bukowski doesn’t mince words. His poem is sharp, caustic, merciless. All that, and yet it manages to get down to the nitty gritty of what it means to be a writer. †

Bukowski himself was a published author by his 20s, but dropped writing shortly thereafter. He spent the next 20 years working a string of dead-end jobs around the country, eventually settling into a position at a Los Angeles post office. Bukowski claims he returned to writing the day he quit his job with the U.S. Postal Service. †He was prolific during his writing years, publishing more than 40 books. What impulse drove him to write, and what kept him silent for so long? Perhaps this poem offers a bit of insight. If nothing else, it begs the reader to question the strength and the source of his motivation to write.† 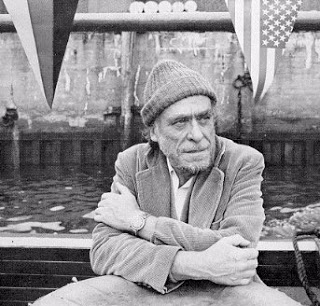 So You Want to Be a Writer
By Charles Bukowski

if you first have to read it to your wife
or your girlfriend or your boyfriend
or your parents or to anybody at all,
you’re not ready.

don’t be like so many writers,
don’t be like so many thousands of
people who call themselves writers,
don’t be dull and boring and
pretentious, don’t be consumed with self-
love.
the libraries of the world have
yawned themselves to
sleep
over your kind.
don’t add to that.
don’t do it.
unless it comes out of
your soul like a rocket,
unless being still would
drive you to madness or
suicide or murder,
don’t do it.
unless the sun inside you is
burning your gut,
don’t do it.

when it is truly time,
and if you have been chosen,
it will do it by
itself and it will keep on doing it
until you die or it dies in you.

there is no other way.

and there never was.